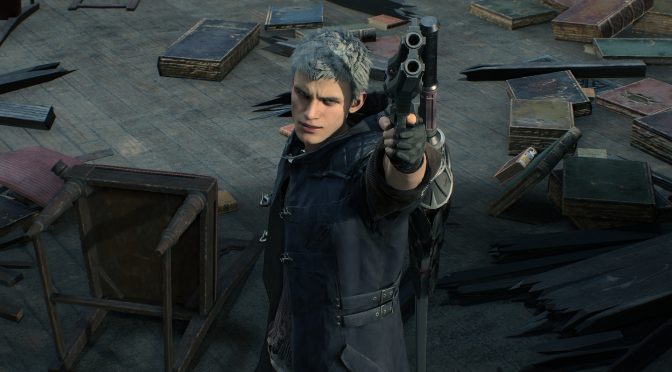 IGN has just released a new video that features some gameplay footage for Capcom’s newest entry into the Devil May Cry franchise. Scheduled for a 2019 release, the video features Devil May Cry 5 gameplay captured running on an Xbox One X.

As we mentioned at the beginning of August, Capcom confirmed that Devil May Cry 5 will be utilising the same RE Engine first used in their critically acclaimed Resident Evil VII, and it will also be powering the upcoming Resident Evil 2 remake.  When RE VII released back in January 2017, the engine proved itself most capable of rendering detailed facial animations, photo-realistic textures, and complex dynamic lighting without being overly demanding on a hardware level.

The video that premiered at the 2018 Gamescom convention shows that Devil May Cry 5 clearly takes advantage of the sophisticated visual effects that the Capcom’s proprietary graphics engine has to offer.  The gameplay on the Xbox One X is delightfully smooth, and if it is ultimately optimised to run as well as RE VII, PC fans will not be left in the lurch.

The trailer shows the protagonist, Nero, that players met in Devil May Cry 4, slicing up some lesser demons and confronting a formidable boss with his iconic ‘Red Queen’ sword and ‘Blue Rose’ revolver. He also uses his new mechanical arm that appears to function much like DMC 4’s ‘Devil Bringer’ that was such a hit with fans. Overall, the gameplay looks gorgeous, and after years of waiting patiently, it feels good to see Hideki Kamiya’s iconic stylized combat make a glorious return to our screens.

Capcom has announced that the game will release on March 8th, 2019, and released its official Gamescom 2018 gameplay trailer!