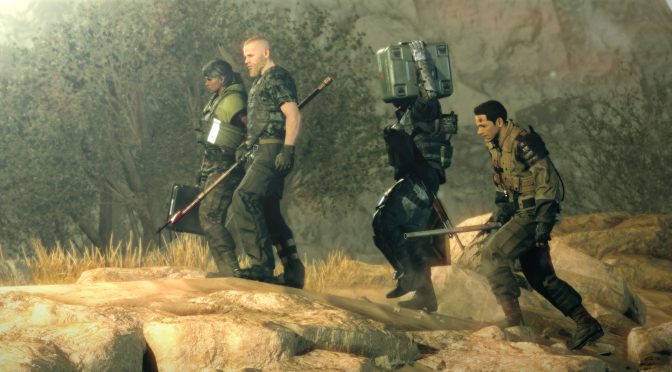 Konami has released a video, showcasing 15 minutes of gameplay footage from Metal Gear Survive. In this video we get to see a squad of four players as they work together on a mission to infiltrate a dilapidated compound and then defend it from the onslaught of relentless creatures.

Metal Gear Survive is a four player co-op stealth game that picks up from the ending of Metal Gear Solid V: Ground Zeroes, to an alternate timeline caused by unexplained wormholes forming in the sky.

Metal Gear Survive will be released next year!