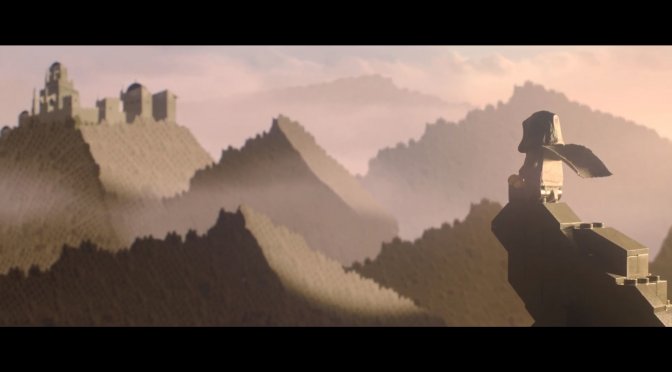 Now here is something truly amazing. Productionetilego has recreated the original trailer of Assassin’s Creed Revelations in LEGO. Thus, this fan trailer will give you an idea of what a LEGO Assassin’s Creed game could have looked like.

Productionetilego has done an amazing job. This LEGO trailer is an exact replica of the game’s original cinematic trailer. Not only that, but this fan-made trailer looks absolutely gorgeous. LEGO-gorgeous with lots of block, but still gorgeous.

It’s also worth noting that this video is a remaster/remake of Productionetilego’s previous trailer. Back in 2011, Productionetilego released the original trailer which – nowadays – looks bad. That trailer had a lot of flickering, lighting differences during frames, and static images. Thankfully, the latest trailer addresses all those issues.

Unfortunately, Ubisoft, Warner Bros and TT Games are not currently working on a LEGO Assassin’s Creed game. Since Ubisoft owns the AC series and Warner Bros publishes all the LEGO games, we can safely assume that this game won’t ever happen. Still, this fan trailer at least gives us a glimpse at what such a game could look like.