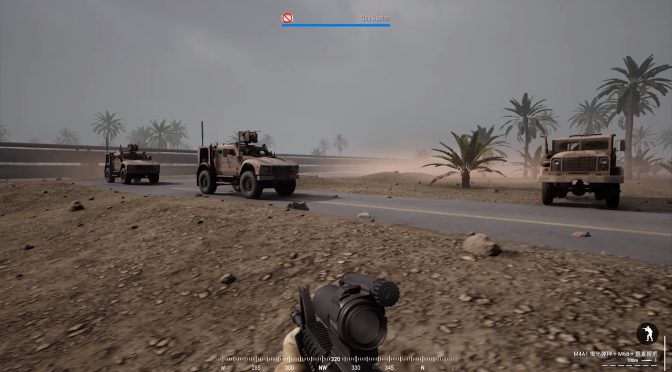 YouTube’s ‘HAMER SPACE’ has shared a video, showcasing a fan remake of the Battlefield 2 Karkand map in Unreal Engine 4. As with most remakes, this map uses new textures as well as a new lighting system, and will give you an idea of what a remake of this classic BF game could have looked like in a modern-day engine.

Now while this recreation is close to the vanilla version, I do have to say that I was disappointed with the sky as it could have looked a lot better. Not only that, but the original version of Karkand features a really dense fog that is absent from the fan remake (we can still notice a fog effect however it’s been reduced).

Unfortunately, this map is not available to the public so we can’t really run it ourselves on our PCs. We also don’t know whether DICE plans to remake any of its older games (like Activision did with Modern Warfare) so yeah; we may never get to play official or fan remakes of Battlefield 2’s maps.

Still, we believe it’s cool so go ahead and watch the video. For comparison purposes I’ve also included a video from the original Battlefield 2 game!

This fan remake of the Battlefield 2 Karkand map is a mod for Squad, a large scale combined arms multiplayer first-person shooter powered by Unreal Engine 4, and you can download it from here. Thanks xblastx