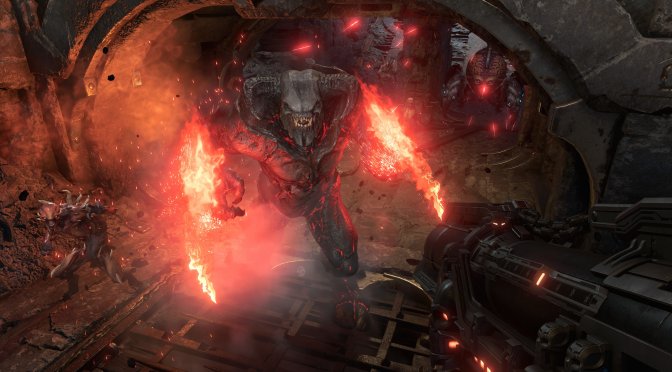 Doom Eternal already looks amazing on the PC on Ultra Nightmare settings. Still, this Reshade Ray Tracing can improve its ambient occlusion effects. For instance, you can immediately notice the better AO on various objects. Not only that, but the overall Global Illumination effects are better than before.

What’s also really cool here is that id Software is already looking into adding native Ray Tracing support to Doom Eternal. Thus, it will be interesting to see whether the team will use RT for the game’s reflections, or whether it will use it for more effects (like Global Illumination). If it’s the latter, we will be able to compare this post-processing solution with the native.

Naturally, these post-processing ray/path tracing effects can – and will – hit hard the GPU. Thankfully, the game can run with really high framerates on most high-end GPUs. As such, some PC gamers may be able to enjoy the game with 60fps (at either 1440p or 1080p) with this Reshade Ray Tracing Mod.