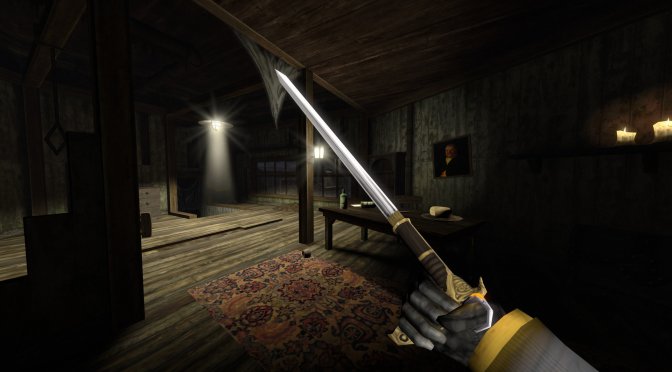 I know, I know. A bit late to the party but here is the latest gameplay walkthrough video for Gloomwood. This video packs five minutes of gameplay footage from this upcoming retro immersive sim game.

Trapped in a dark, Victorian city consumed by an ancient curse, players must plan their survival and daring escape using nothing but stealth, an arsenal of eccentric weapons, and their wit.

Gloomwood is a stealth horror FPS from the creators of DUSK, AMID EVIL and FAITH. The game features “retro” Quake-like visuals and promises to feature in-depth player interactivity. Players can lean, eavesdrop, peek through door cracks, check the remaining bullets in their firearms and mantle onto ledges.

It looks really retro-cool, so be sure to watch it.