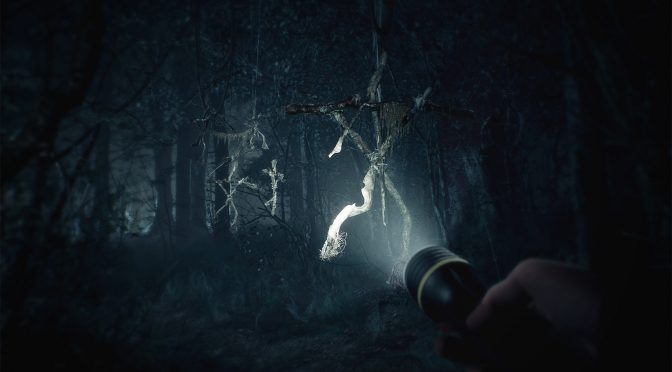 Gamersryde has released two videos, showing 22 minutes of gameplay footage from the Gamescom 2019 demo of Blair Witch. Now as always, these videos may contain some spoilers so I suggest avoiding them if you want to experience the game yourselves.

On the other hand, and if you don’t mind spoilers, you can watch them in order to get an idea of what you can expect from it. These videos were captured on the PC, so you can also get an idea of the PC visuals.

Blair Witch will be a first-person, story-driven psychological horror game based on the cinematic lore of Blair Witch. The game is developed by the same team that produced Layers of Fear.

In this new horror game, players will have their loyal dog Bullet by their side. Players will navigate their way through a cursed forest that warps and distorts both time and space.

The game will release on August 30th on Steam.