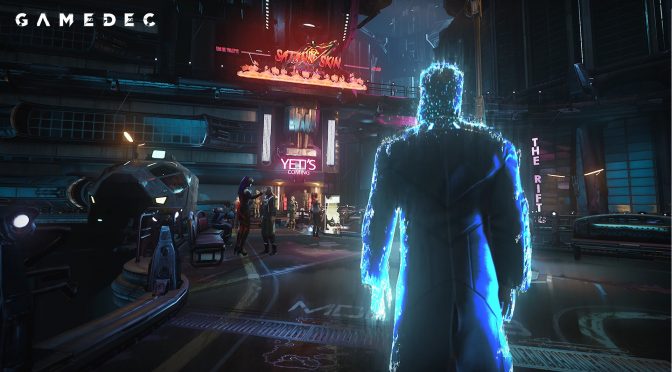 Anshar Studios has released a new video, showing 10 minutes of gameplay footage from Gamedec. Gamedec is an isometric story-driven, cyberpunk-themed, adaptive RPG that is coming to the PC in 2020. Moreover, the team launched a Kickstarter campaign for it.

In Gamedec, decisions are important, and the game world constantly adapts to them and to the hero. According to the developers, your decisions will change the protagonist as the story progresses. The consequences of choices made, like in “real” life, can be immediate, long-term, or hidden — the latter most often surfacing at unexpected moments. Regardless of the decisions made, however, the game always remains neutral towards them. It’s up to the player to evaluate them, bearing in mind the saying “you are the sum of your choices.”

Players will create or expose networks of intrigues and conspiracies, while discovering unusual relationships between virtual worlds. Gamedec’s paper-based RPG mechanics will also give players the freedom to approach things from multiple perspective.

Gamedec’s Kickstarter campaign aims to raise $50K in the next 33 days. The game also targets a December 2020 release.