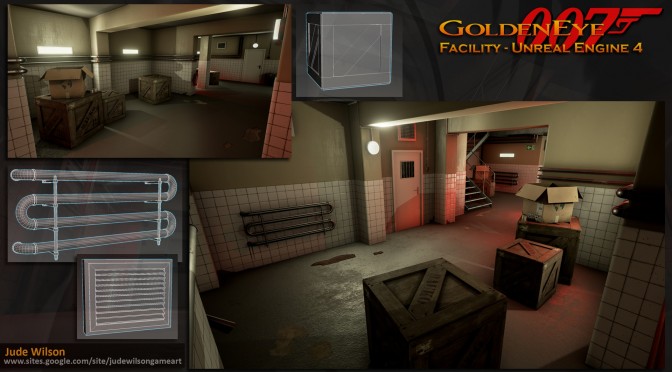 Jude Wilson has recreated a portion of GoldenEye 007’s Facility environment in Unreal Engine 4, showing what a modernized version of that FPS title would look like. Jude combined the N64’s original layout with the films look and feel using Unreal Engine 4, and tried to get it as realistic as possible, using the films interiors, props and lighting but, remaining true to the original game at the same time. It looks cool, so be sure to check it out!