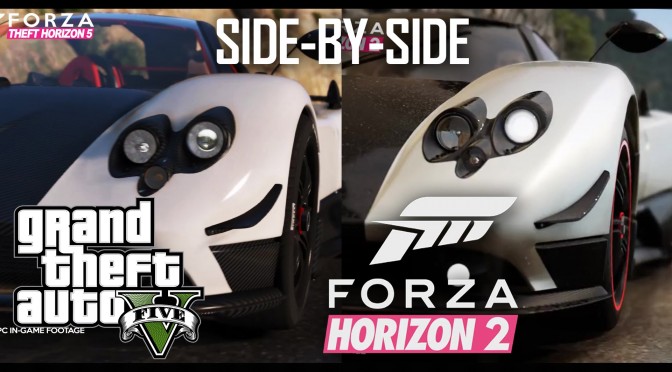 Back in December 2015, we informed you about the recreation of Forza 6’s launch trailer in GTA V. Well, RavenwestR1 is back for more. RavenwestR1 has recreated Forza Horizon 2’s trailer in Grand Theft Auto V, and has released a side-by-side comparison video, showing how close to the real thing his recreation actually is. It looks epic, so be sure to watch it!