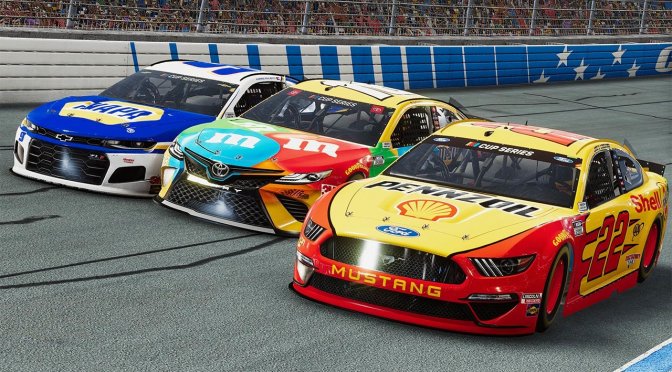 Motorsport Games has released the first official gameplay trailer for NASCAR Heat 5. Now while this trailer features more gameplay segments than the one for Assassin’s Creed: Valhalla, it is also a bit misleading.

As we can see, the trailer mostly features replay sequences. As such, a more accurate description would have been “in-game trailer”. So yeah, don’t expect to see a lot of gameplay in this… gameplay trailer.

Since this is an in-game trailer, it also showcases the game’s graphics. And, to be honest, we weren’t really impressed by them. They look great for a NASCAR game, however, they will not leave you speechless. Basically, they are exactly what you’d expect from a current-gen title.

But anyway, NASCAR Heat 5 releases on July 10th. The game will feature all the official teams, drivers and cars from the three NASCAR National Series as well as the Xtreme Dirt Tour.

NASCAR Heat 5 will have a Career Mode, a Quick Race and a new Test Session mode. Additionally, the game will support both online and split screen multiplayer modes.