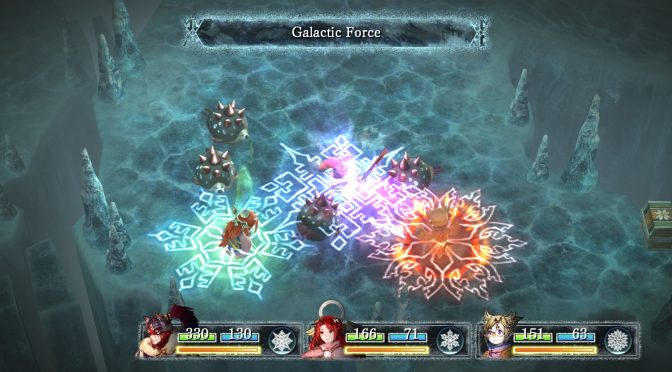 Square Enix has released the first gameplay trailer for I AM SETSUNA, the debut title from Tokyo RPG Factory, showcasing the CHRONO TRIGGER inspired battle system. The trailer also introduces viewers to the beautiful art, music, story and game design in this classic RPG for modern times.

I AM SETSUNA is the sorrowful story of Setsuna, a young woman of incredible inner strength, and the sacrifice she must undertake to the save the people of her land.

“As Setsuna leaves with her two bodyguards for the farthest lands, players will be immersed in an emotional and unforgettable story of true bravery.”

I AM SETSUNA will be available on Steam on July 19th.