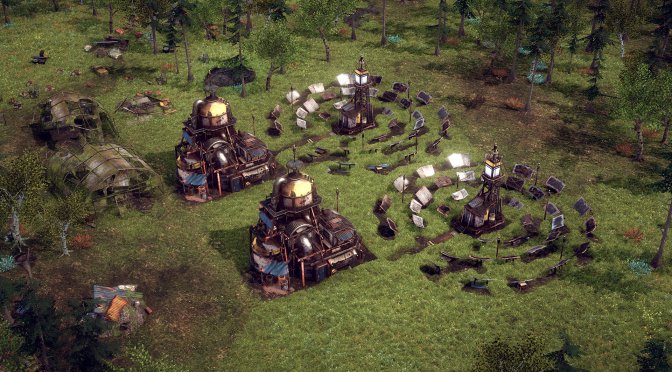 In Endzone – A World Apart, players start a new civilization with a group of people after a global nuclear disaster. Players will build them a new home and ensure their survival in a shattered world, threatened by constant radiation, toxic rain, sandstorms and droughts.