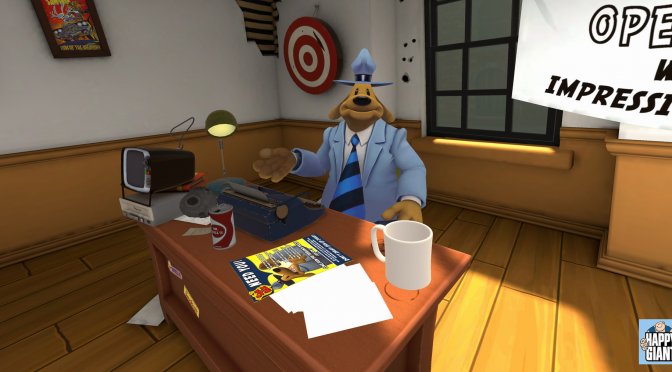 HappyGiant has released the first gameplay trailer for the new Sam & Max VR game, Sam & Max: This Time It’s Virtual!. The game’s development team includes several team members that worked on the original Sam & Max: Hit the Road by LucasArts in 1992. This new action adventure title will come out for virtual reality headsets in the first half of 2021 for the PC.

“For the first time ever, gamers will play not as Sam and Max, but alongside them, in virtual reality. Players will be recruited and trained as one of the few, the proud, the miscreant Freelance Police. As a new cadet, the player will be put through a series of graded courses set up by the duo inside an abandoned theme park, which probably harbors a dark and dangerous secret. As players progress, they’ll put their new skills to the test in Sam and Max’s neighborhood and other locales.”