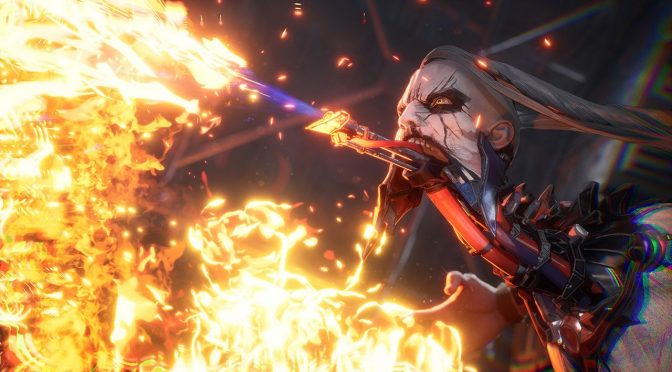 Microsoft has released the first gameplay footage for Ninja Theory’s new 4v4 online melee game, Bleeding Edge. Bleeding Edge is a new IP that was revealed during Microsoft’s press conference at E3 2019, and this video will give you a small idea of how the game actually plays.

Bleeding Edge is an online 4v4 melee game that focuses on  hand-to-hand combat and every character will have his/her own weapons and unique look.

The game will take place in a dystopian future with its environemnts being really colourful. Its art style is also similar to Borderlands and Sunset Overdrive, so fans of those games may find this online game interesting.

To be honest, after Hellblade: Senua’s Sacrifice I was expecting a new single-player (obviously with a higher budget as Hellblade was a commercial success) from Ninja Theory. As such, I’m not really impressed by what the team has showcased with Bleeding Edge.

A technical alpha test for the game will be launched on June 27th (though it’s unclear whether this will be exclusive to Xbox One or not).