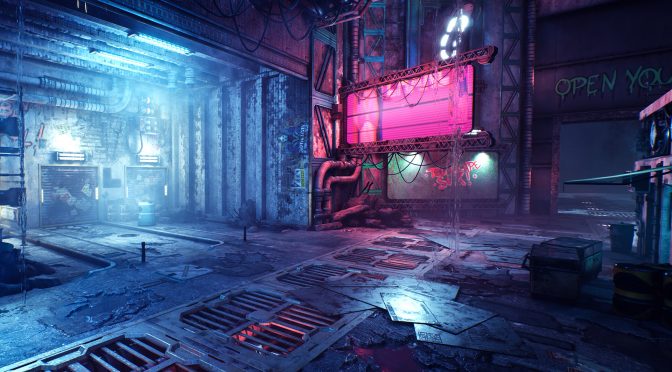 All in! Games has shared a new video, showcasing almost six minutes of gameplay footage from Ghostrunner. Ghostrunner is basically a mashup of Mirror’s Edge with Dishonored and Blade Runner. The game targets a 2020 release, and this is your first look at it.

Ghostrunner promises to feature an intense cyberpunk world and dynamic combat. Players will conquer their enemies in the physical world and in cyberspace. Players will also hunt for answers in humanity’s last remaining shelter.

The game takes place in the future, after a global cataclysm where the remains of humanity live in a tower built by The Architect, who died mysteriously years ago. The world ruled by The Keymaster is harsh and players assume the role of a cyber-warrior, the only one capable of fighting both in the physical world and in cyberspace.

Players will have to use this bond with technology to ascend the tower. As they climb higher, secrets will be revealed, and the clock will start ticking on a race to uncover the mystery behind the structure that houses humanity’s last hope.