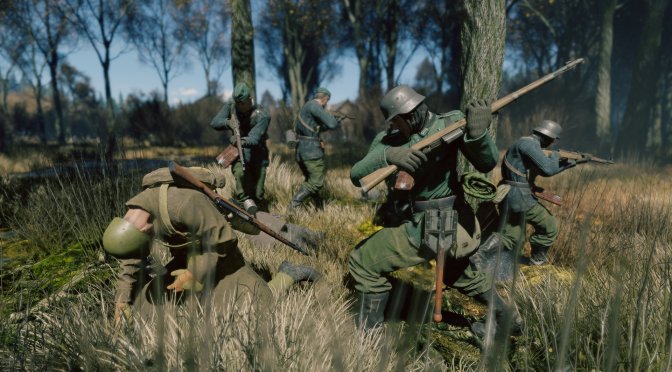 NVIDIA has shared a new video, showcasing its DLSS tech in yet another game, Enlisted. Thanks to DLSS, Enlisted can run with a higher framerate on the RTX GPUs that support. Moreover, the game can look better than native 4K.

In case you weren’t aware of, Enlisted is an online squad-based first person MMO shooter. The game covers key battles from World War II, i.e. the Invasion of Normandy or Battle for Moscow. Enlisted carefully recreates weapons, military vehicles and the atmosphere of that era, while demonstrating really massive clashes of hundreds of soldiers, tanks and aircraft with artillery and naval support.

In this game, players control a squad of soldiers with various roles (i.e. sniper, radio operator, heavy gunner) or a crew of a tank or an aircraft pilot.

DLSS is a technique that all games should be using. Obviously, AMD-powered game may not add support for it, however, this is one of the best things that has come out on the PC. It truly is game-changing.

Enlisted is not out yet, but you can apply for its alpha test on its official website.