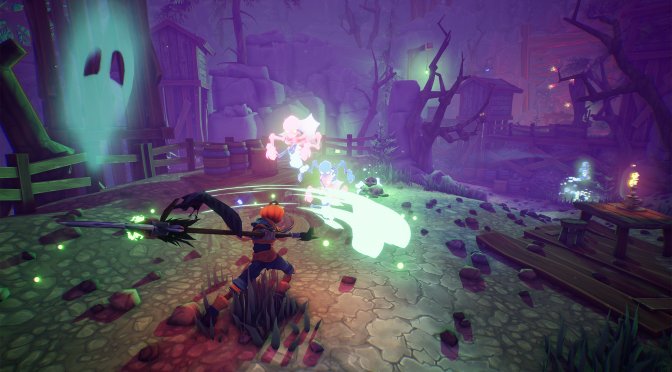 Headup Games and NVIDIA have announced that the MediEvil-inspired PC platformer, Pumpkin Jack, will support Ray Tracing & DLSS. In order to showcase the game’s Ray Tracing effects, NVIDIA released a new RTX trailer that you can find below.

Nicolas Meyssonnier, creator of this platformer, will be using Ray Tracing for multiple effects. The game will have ray traced reflections, shadows and global illumination.

Pumpkin Jack is a Spooky Scary 3D platformer in which you embody Jack; the Mythical Pumpkin Lord. Players will dive into an Epic Adventure through otherworldly landscapes and help the Evil annihilate the Good.

Pumpkin Jack is coming to the PC on October 23rd, and you can download its demo from Steam. Do note that the demo does not currently have any of the RTX effects.