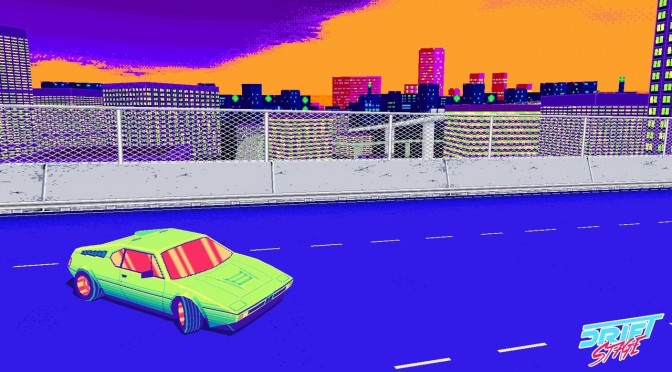 The team behind Drift Stage – a modern evolution of the classic arcade racer, bringing the gameplay up to date a bit while keeping the late 80’s style intact – has released a new teaser trailer for it. The game is being developed by a three-man team (Chase Pettit, Charles Blanchard and Hugh Myrone) and will be coming on both PC and Mac.

Here is what the team had to say about the game:

“Drift Stage will feature a roster of cars inspired by the mid-late 80’s and early 90’s racing on tracks ranging from city streets to coastal beaches and many in between. The game comes fully loaded with single-player modes including a character oriented career mode, circuit races, and leaderboard chasing time trials. Local splitscreen and online multiplayer races will also be in full swing.”

There is no release date as of yet, but we’ll be sure to keep you posted.

Kudos to ‘Mario Not-so Super’ for bringing this title to our attention.