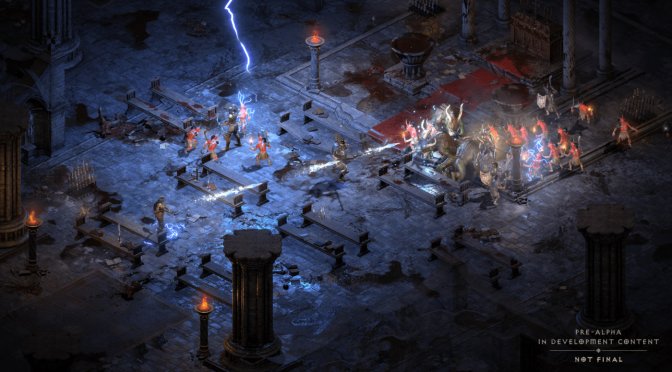 A few days ago, Blizzard revealed the official remaster/remake of Diablo 2. And yesterday, YouTube’s Candyland has shared a comparison video between the original and the upcoming remake/remaster of Diablo 2. This video shows how close to the original game Diablo 2 Resurrected will be.

Now I used the term “remake” here is Diablo 2 Resurrected will be using a new 3D graphics engine. Blizzard has created new 3D models for all sprites. Not only that, but the team has implemented a new dynamic lighting system. Thankfully, gamers will be able to switch between the original/vanilla 2D and the new 3D graphics.

Diablo 2 Resurrected seems identical to the original game. It will have the same dark style, although the original feels a bit brighter. Still, this upcoming remaster/remake looks great, even in its pre-alpha state.

Blizzard plans to release this game later this year. You can also find here its official PC system requirements.