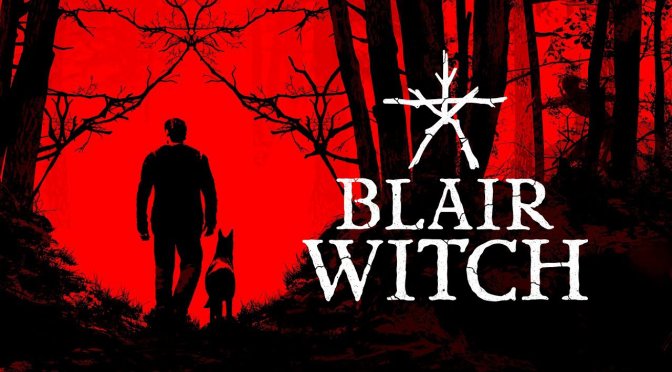 IGN has published yet another speedrun reaction video for Blair Witch. The QA lead and the Narrative Designer of Blooper Team sat down and watched a speedrun of their game. As always, these speedruns are very short compared to the normal length of the game.

Blair Witch is a psychological, survival, horror title inspired by the film The Blair Witch Project. The game takes place two years after the events of the movie. You play as a former policeman named, Ellis Lynch, who joins the search for a missing boy in Black Hills Forest.

The game features survival horror mechanics with stealth elements. The player can use a variety of items, such as a camera, cellphone, flashlight, or even his dog, Bullet. The dog can track and follow the trail of the missing nine-year old boy named, Peter Shannon. Bullet will also help you fend off terrifying creatures, which haunt your every step.

As we already informed you, Blair Witch is free on the Epic Games Store right now. Make sure to grab the free copy before November 5th.

Below you can watch the reaction video.