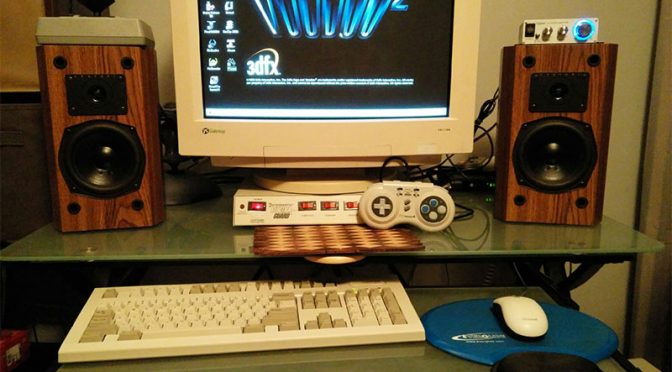 The industry was kicked off by IBM back in the ’80s creating a compatible market. Continuing past the home computers demise in the ’90s. Once we hit the mid-’90s the advantage turned to consoles as that 3D revolution brought in a brand new dawn.

The might of a 486 DX VGA display was lacking the grunt to keep up with the vector calculations texture, mapped polygons and detailed 3D models. But the modular design of PC has always been its biggest strength and its biggest weakness.

3D graphics cards were not only the latest craze, they were a necessity if you wanted to keep up with the emerging consoles heck and the shift away from 2D. Plug-and-play was far from ideal, but the results were spectacular, when it worked.

You can watch the full analysis video below.