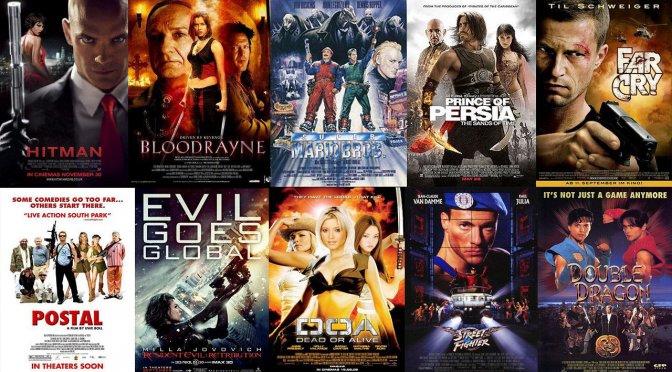 Video game and movies do not usually go well together, or at least that’s how it was. Most of these movies are quite dreadful, except some very few exceptions, like the first Mortal Kombat, the first half of Silent Hill and the last two minutes of DOOM.

The rest are almost unwatchable to be honest, but it seems video game movies and TV shows are now on the rise. The latest video game movie, Sonic the Hedgehog, did very well at the box office. I didn’t have a chance to watch the movie yet, but from what I’m reading it sounds pretty entertaining.

I guess it was a matter of time, since Hollywood is running out of fresh ideas and the amount of remakes and reboots left is getting smaller by the day. Personally, I’m most excited for The Last of Us TV show on HBO. While I know this is not a PC game, it worth mentioning, since the director of the video game will also be working on the show, and it’s HBO after all.

Eli Roth will direct Gearbox’s looter shooter series Borderlands. The movie is currently in the early stages of development, with Chernobyl writer Craig Mazin working on the script. Mazin is also working on The Last of Us script. The Division is also getting a movie exclusively on Netflix. The stars of the movie will be Jessica Chastain and Jake Gyllenhaal.

Halo is getting a television series, which is currently in production and scheduled to be released sometime early in 2021. Michael B. Jordan will be playing the character John Clark, from Tom Clancy’s Rainbow Six, in two upcoming movies. Stefano Sollima, the director of Sicario 2, is also attached to the project.

Resident Evil is getting a TV series on Netflix, that will expand upon the game’s lore and deepen the mythology of the expanded Resident Evil universe.

Lastly, Monster Hunter, Mortal Kombat, and Minecraft are getting a movie, while Devil May Cry is getting a TV show. Mario and Uncharted are also getting a movie. You can find out more in the video below.