PQube has released a new gameplay trailer for 2Dark, revealing the dangers players will face in their quest to rescue the children from certain doom.

As the press release reads, ex-detective Smith will risk his life to come to the aid of abducted children as he confronts deadly traps created by merciless psychopaths.

“Whether it’s Antonio Petronelli the clown or Dr. Ernest Miguele, each serial killer saves his share of horrible surprises for players.”

2Dark is a stealth horror adventure game from Frédérick Raynal, creator of Alone in the Dark, that promises to test your thinking skills to the limit.

The game’s Steam storepage has also revealed that this new adventure game will be using the Denuvo anti-tamper tech. 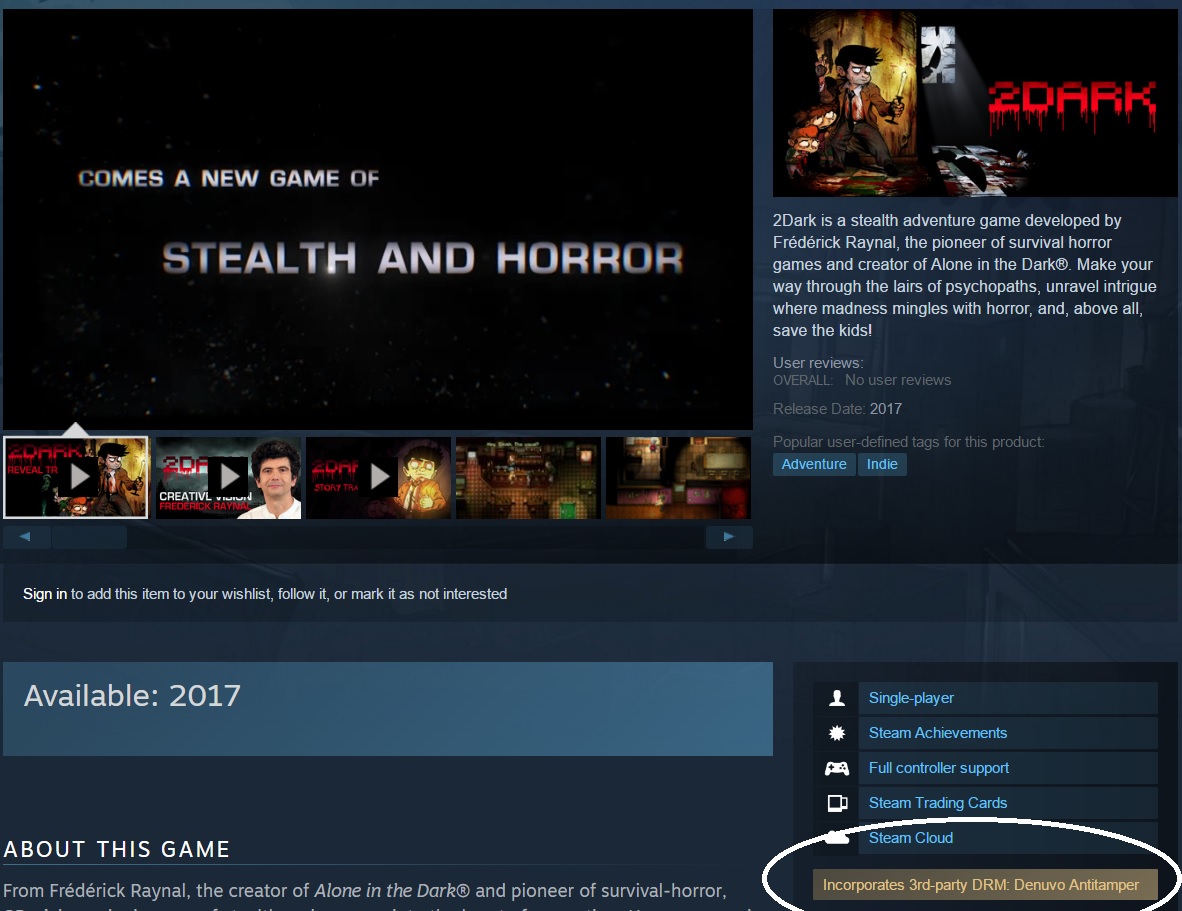 2Dark is currently planned for a March 17th release.