Singularity is a multi-platform game which is developed by Raven Software, published by Activision and released on 25th June, 2010 on PC, Xbox 360, and PS3. The game is mainly about an element called E-99, located, on a small island called Katorga-12, just near the Russian mainland. This element has time manipulation abilities and can ‘alter the time of an object’. The Soviet Union discovers this element during the World War II, and starts “weaponizing” it after hearing about America’s nuclear stockpile and warfare. During the same time, there was an accident that led to a huge explosion. This explosion killed several people instantly and the lucky ones who survived, mutated.

One day a US Satellite, flying over Katorga-12, is hit by an electromagnetic surge and blacks out. The US sends a team of American soldiers, led by Captain Nathaniel Renko – the protagonist – to investigate Katorga-12. Their helicopter also crashes, hit by another electromagnetic surge. We as Captain Renko, attempt to solve the mysteries surrounding the island, and to find out what exactly went wrong.

There are several time rifts on the island which may take you into the past. Later in the game, we come across a small device called the ‘TMD’ – Time Manipulation Device. This small device is powered by E99 and is able to manipulate time and restore the environment and its objects – that have come in contact with E99 radiation – to their former, glorified, selves. In the game we expand time rifts using the TMD and travel back into the past, prior to the accident on the island. During this timeline, various tests can be witnessed. For example, we get to see people trying E99 on a clock. The TMD can be used on human soldiers and mutants; however there are still some enemies (heavy classed) on whom the TMD cannot be used. ‘Using it on humans has a very unpleasant effect’ as quoted by Dr. Barisov. The TMD can also be used to solve puzzles, as you can restore – at one point – a control panel to get a door opened.

The game itself is pretty good. The player has a wide arsenal of weapons, as well as a few TMD powers, which can come in handy when in tight situations. An example would be the ‘Deadlock’ ability that creates a sphere. Within this sphere, time moves slowly, meaning that this ability can be used as a shield against bullets. Also, it can be used to solve puzzles like stopping a fan, or to ‘freeze’ a mutant in its place, then head into the sphere and empty a few clips in it. Weapons and powers can be upgraded. Furthermore, the player has a few skills of his own, like his health and TMD Energy upgrades. The battles are epic, and the ‘gore-loving’ gamers can be assured of witnessing blowing heads and lots of limbs. Audio logs and notes can be found throughout the game which shed some light on the story. Occasionally, we come across certain ‘ anomalies’ which are people reliving their final moments.

A quick note here – the ending of the game is novel, and well planned. It shows us the consequence of each path we take and there are a total of three alternate endings.

The main critique for this game is with regards to its port over the PC. The game uses Unreal Engine 3, but is not enhanced for the PC. It has several low resolution textures, due to texture streaming. Sometimes, you could spend an entire level with blurry textures that make the game look very ugly. In addition, the configuration file is encrypted and cannot be edited. And although its gameplay is quite linear, the saving grace was that it ran very well on low-end systems.

Moving on now to analyze the game’s performance. The test system was:

There are few in-game graphic options: 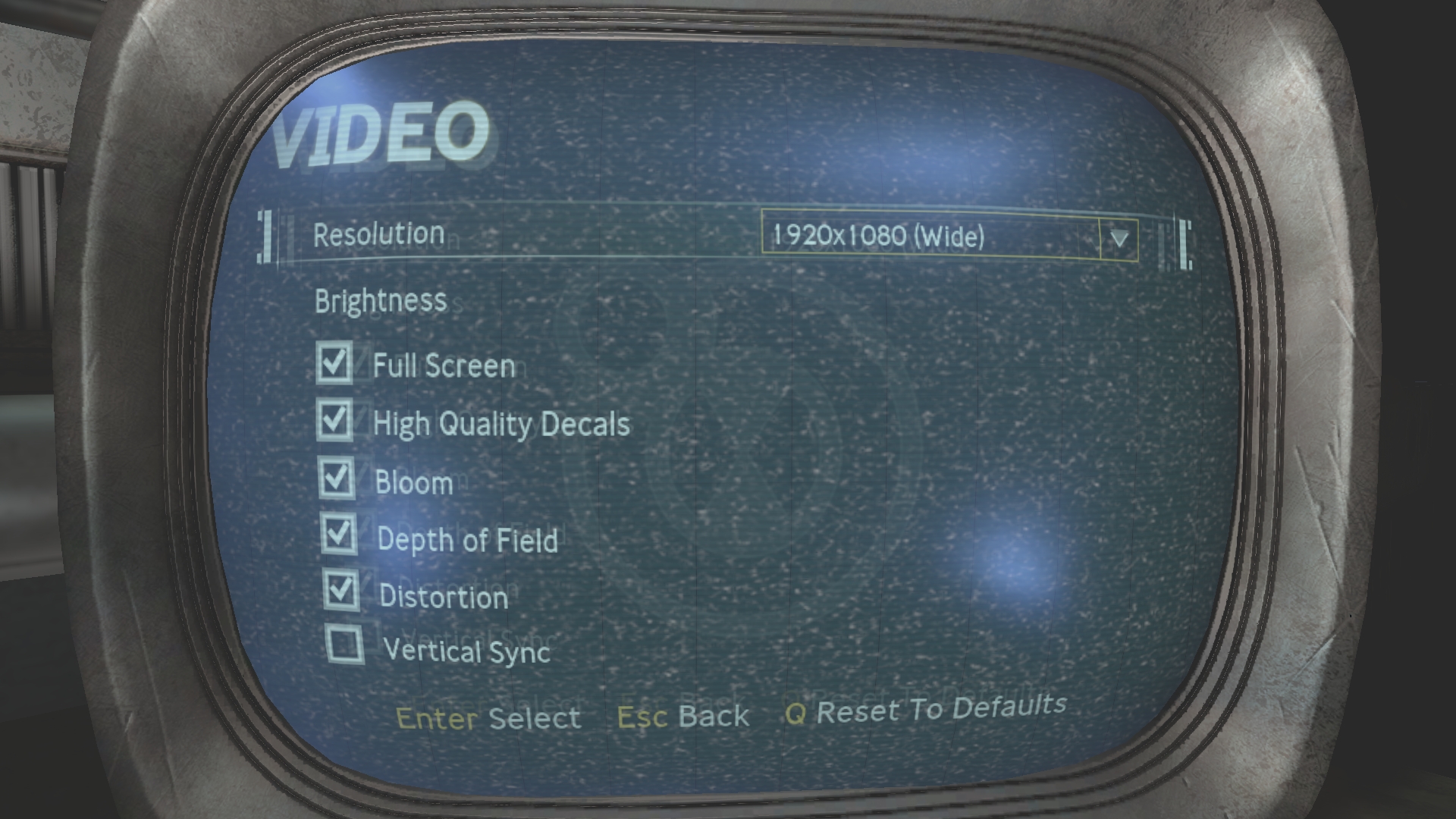 The performance of the game is good, but that shouldn’t be a surprise, given its low quality assets. Simulating a dual core hurt my performance a little. I will talk about it in a bit.

Nvidia has included some AA bits for Singularity in its ForceWare drivers. This means that if you simply go to the Nvidia Control Panel and choose a level of anti-aliasing, the game should take advantage of it. Naturally using AA has a noticeable performance hit. I chose to use FXAA, 32x CSAA, 4x MSAA + 4x SGSSAA and Downsampling for my benchmark purposes. The testing resolution is 1080p.

A comparison of the image quality from the different types of AA used:

Now performance in terms of fps from each AA used:

Now let’s have a look at the frametimes:

My personal recommendation is 4x MSAA + 4x SGSSAA as it offers the best image quality. For 4x MSAA, the performance would increase around 10-20fps, while using 8x MSAA would boost your performance by 10fps (Comparing to SGSSAA).

For these benchmarks, I started a new game – each time – and played for a while. Note that in the FXAA benchmark I dropped to the 80s, occasionally. This was during some firefights. Right after the game begins, the player’s chopper crashes and the pier has some fire. I’ve also experienced performance hit in another sequence with a burning building right after that scene. It is due to the fact that I am CPU bottlenecked. CPU & GPU usage in the pier can be seen below. Simulating a dual core in this same area dropped my frames by 10. To solve this problem, one would need a processor with higher IPC per core, and an i5 might not show this behaviour. 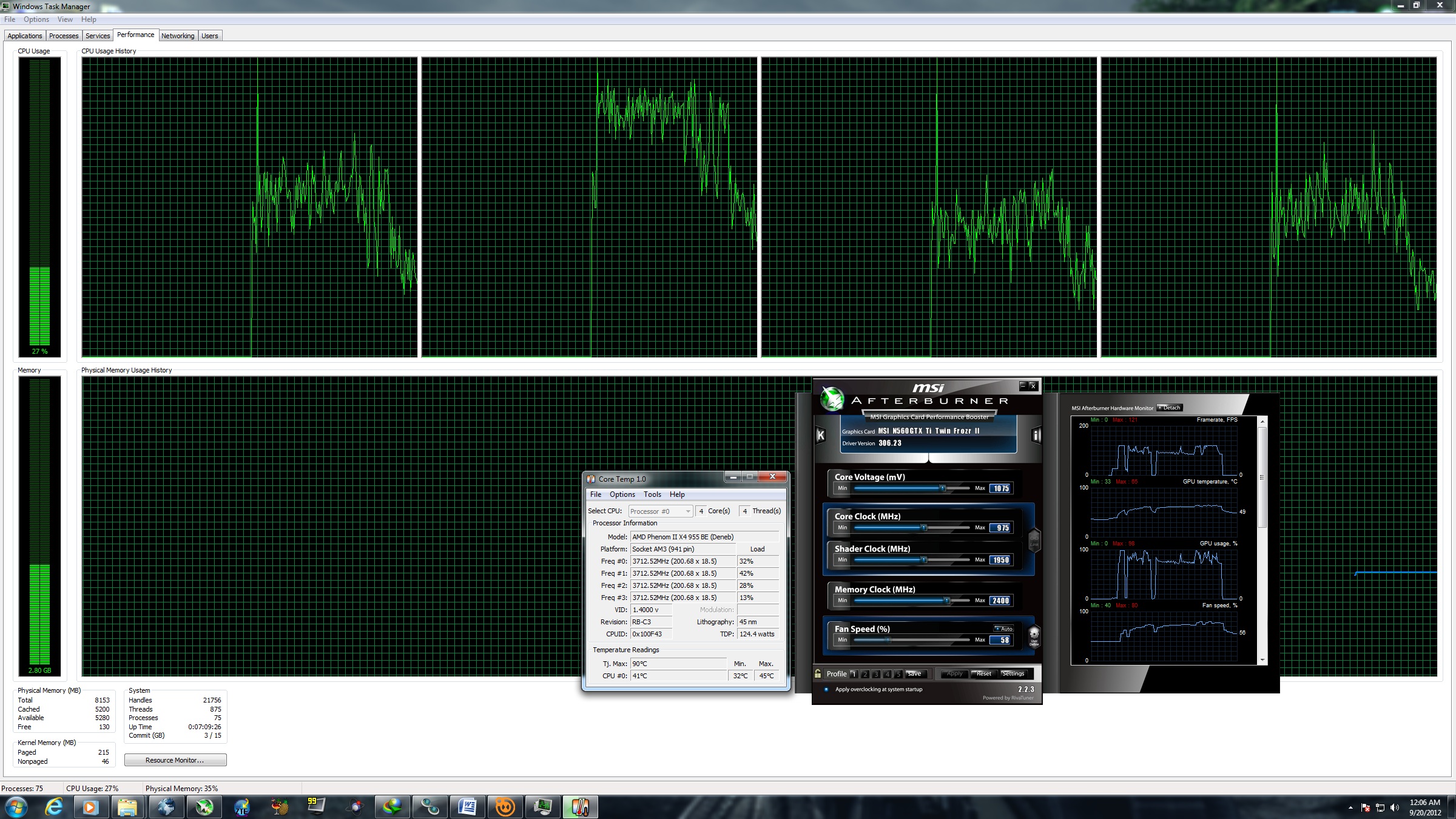 Overall, the game has problems on our beloved PC platform and, sometimes, the low quality assets are an eyesore. One point to mull over is the lack of New Game+, meaning that you cannot start a new game with all your purchased upgrades. Should you play the game again, you have to purchase all the upgrades again. Apart from this stumbling block however, the game is challenging, and mentally stimulating. The upgrades and the ability to use the TMD are quite enjoyable. The story of the game is good, and it would have been great to see a quality PC port. Yet, in my opinion, the gameplay is still great. The texture streaming problems can be fixed and FXAA alone does a great job in reducing the jagged edges. Those with better hardware can also try better AA methods. 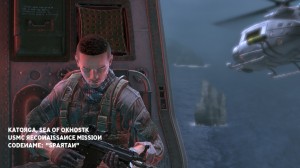 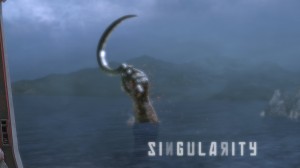 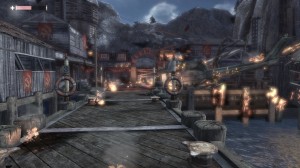 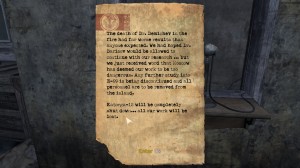 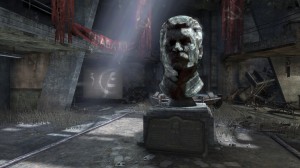 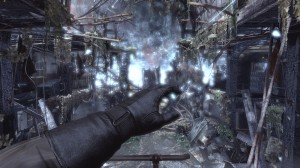 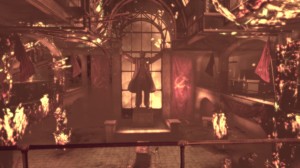 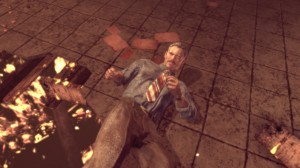 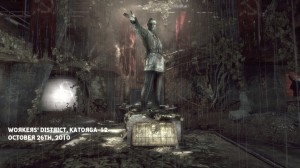 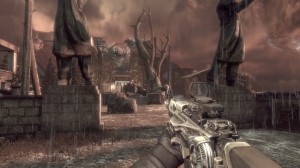 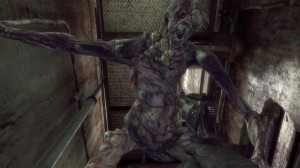 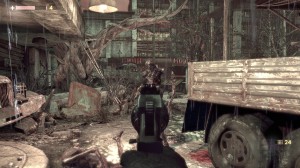 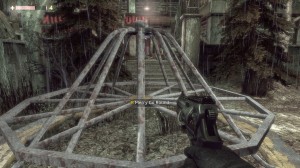 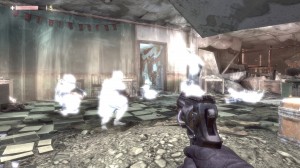