This comes as a surprise because previously AMD mentioned that next-gen ZEN3 CPUs won’t be backwards-compatible with the older 400-series, as well as the 300-series of Motherboard chipsets. This seems more of a controversial move made by the Chipmaker.

AMD today is sort of “backtracking” it’s decision to limit the BIOSes on the 400-series chipsets. According to AMD:

‘We’ve heard our audience, and we understand the concerns. We are going to work out a way to support Zen 3 on our 400-series chipsets between now and launch – we’re still working out the what and the how, but we will update you closer to Zen 3 launch’.

But this move should now enable some of the users running the 400 series AMD motherboards to upgrade to the Zen 3 processors, which are set to be launched later this year. You will be able to run the Ryzen 4000 series processors on the AMD B450 and X470 boards once the right “beta BIOS” is installed.

Most of the AMD motherboards are outfitted with 128 megabit (16 megabyte) BIOS chips. Since most motherboard models have 16 MB storage, and the CPUs can only address the first 16 MB of any BIOS chip, then there might an issue where the 400-series motherboards are going to have two BIOSes,  one for the upcoming Ryzen 3000 series, and one for future next-gen processors.

Let’s suppose a motherboard vendor had a larger BIOS chip, say e.g. if ASUS had a 32 megabyte chip, then it would actually operate like two split “partitioned” BIOSes and this can also get very complicated. But there is no other simple way to support every AM4 processor with a simple 16MB  BIOS.

Previously, according to AMD, the company said that it ran into some ROM size limitations, when trying to push the AGESA microcode for all the older CPUs. As per AMD, the flash memory chips that store the BIOS have capacity limitations, and not all AM4-based motherboards feature dual-BIOS chip design (mostly found on the more expensive and high-end boards).

AMD will give permission to ODM partners like ASUS, MSI, Gigabyte, Dell, HP, Lenovo, and others etc. to enable this feature, however, it will be up to the ODM partner to actually implement it. AMD plans to offer support to its ODM partners on this issue, especially those having an “auto-update” software.

AMD was under a lot of criticism these past few months, since the company had originally promised that it would support the AM4 platform all the way from 2016 through 2020. But many assumed that this meant “any” AM4 platform based motherboard would be able to accept “any” processor from 2016 to 2020, including the upcoming Zen 3 SKUs.

The chipmaker actually had a change of heart and is now going to offer “Zen 3” support on the feedback they have received, and have thus decided to enable “Zen 3” support on AMD B450 and X470 boards once the right “beta BIOS” is installed.

This is what AMD plans on doing: 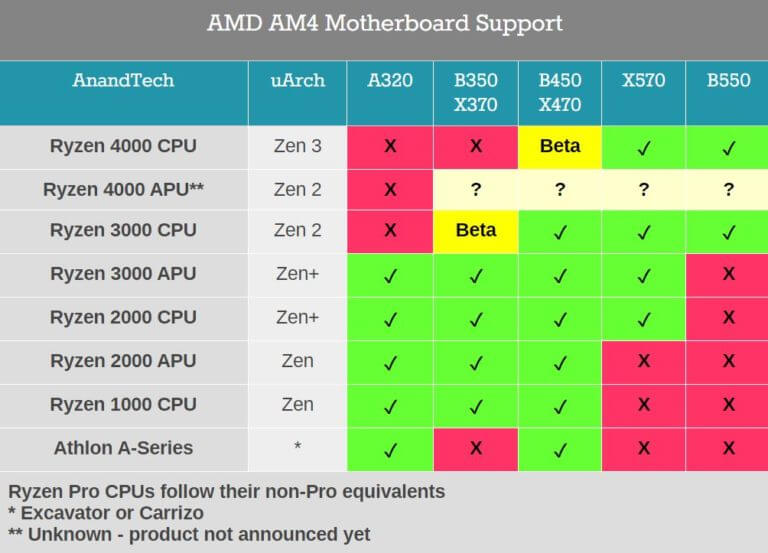