TechPowerUp has just posted a very interesting article. I will try to keep this short and simple though. According to TPU’s article it looks like AMD’s next-gen ZEN3 CPUs won’t be backwards-compatible with the older 400-series, as well as the 300-series of Motherboard chipsets.

This is a bummer, since older Motherboards won’t be compatible with the new upcoming ZEN 3 4000 series of processors, which provides very little room for upgrade. The 4’th Gen ZEN 3 processors will only work on the AMD 500-series (or later) chipsets, the X570 and B550 Motherboards.

Owners of the existing 500-series motherboards will have to update their motherboard’s BIOS to enable support for these new Ryzen 4000 processors.

Honestly speaking, I’m a bit shocked with this move from AMD. I was hoping the company will support older Gen Motherboards, giving ‘backwards compatibility’ to end users in the process as well. But it seems this is not the case.

Those gamers who bought premium ‘X470’ motherboard chipsets for example were actually hoping for a compatibility with the next-gen upcoming ZEN CPUs as well, but now it seems they won’t be able to use these processors, should they plan to upgrade.  As of now, only the B550 chipset is available, but expect more high-end chipsets when the launch dates come closer. The AMD B550 is a new mid-range chipset by AMD.

According to TPU’s article, B550 is a low-power silicon chipset, having similar 5-7 W TDP as the older 400-series chipset, and it’s likely that the chipset is from ASMedia.

According to AMD, the company says that it ran into some ROM size limitations, when trying to push the AGESA microcode for all the older CPUs. As per AMD, the flash memory chips that store the BIOS have capacity limitations, and not all AM4-based motherboards feature dual-BIOS chip design (mostly found on the more expensive and high-end boards). Good news is that the chipset will support the upcoming “ZEN 3” microarchitecture CPUs.

The  Ryzen 4000 series family would be the last generation of processors to support  the AM4 socket because with Ryzen 5000 series, ZEN4 architecture will be used which will require a new socket as well as a new chipset.

So there you have it. This seems to be a strange move made by AMD in my opinion. I was hoping for more longevity of the AM4 platform though.  More details on this news can be found here. 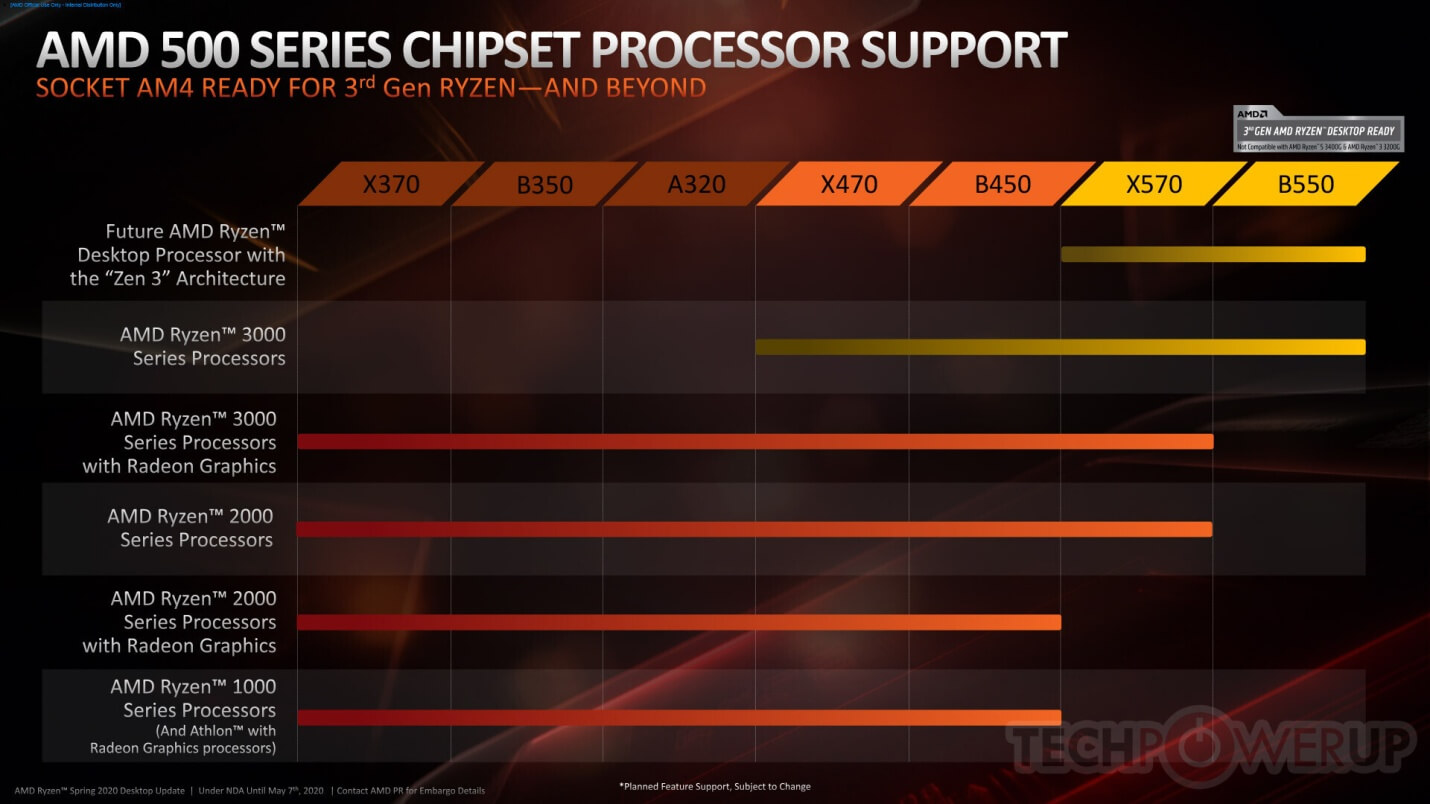 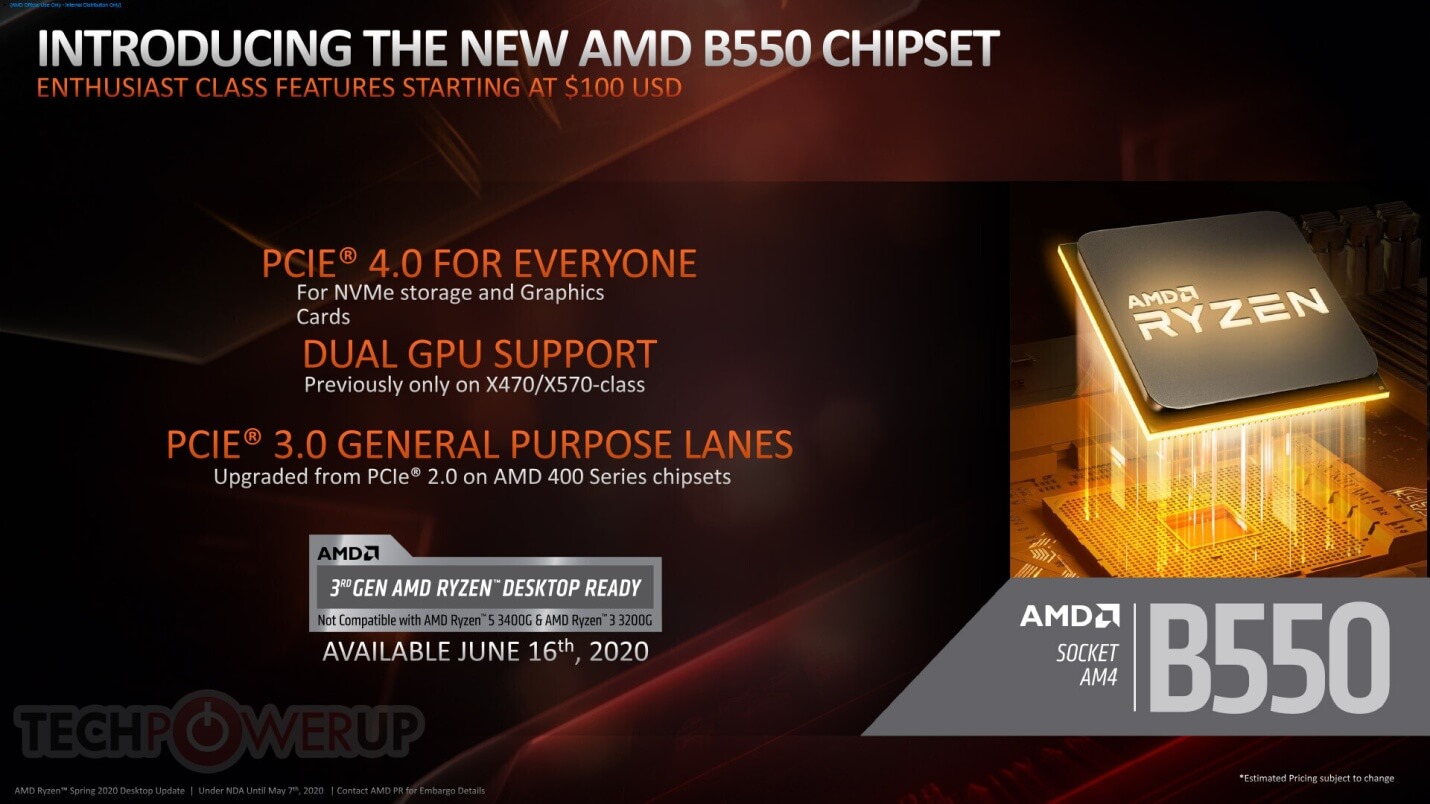