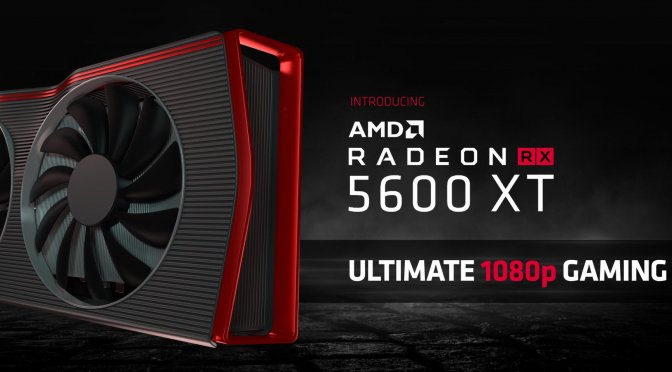 When the RX 5600 XT GPU was launched there was chaos and confusion amongst reviewers, Retailers, AIBs and gamers like, because AMD made some last minute changes to the specs and parameters of this GPU. It was sort of a messy launch.

Now after few months, AMD has finally made this move official, stating that the RX 5600 XT GPU will support 14Gbps Memory speeds. In case you weren’t aware the RX 5600 XT originally shipped with 12Gbps Memory modules. AMD made some last minute changes to the specs which created confusion and “frustration” among reviewers (by implementing 14 Gbps memory, along with 150W+ TGP limit, which forced them to update their reviews).

Increased and faster Memory clock speeds can help with performance in some of the PC Games though.

But all of this doesn’t mean there won’t be any 12Gbps memory SKUs. No, AMD will release fresh 14Gbps cards with an “upgraded” BIOS out of the box, but some of the SKUs would be requiring a “BIOS update” directly from the Manufacturer’s website.

AMD has listed  all the GPUs which are eligible for a video “BIOS update” that increases the memory clock speeds;  and there are links to OEM support pages as well. The same AMD table also lists out certain “custom-made” cards that will come with 14 Gbps memory out of the box, for which a BIOS update won’t be necessary

You can view the table as posted on AMD’s blog here. There are 19 models listed in total, out of which 10 can be upgraded with a new BIOS. The list will be updated if need be.

At the time of launch, those Manufacturers who didn’t ship their cards were on the safer side, because they only needed to upgrade the BIOS on their models. Board partners/AIBs who already made and shipped these GPUs to distributors, had very little choice but to release a compatible BIOS update.

This was risky because there was no guarantee that the cards would work properly with higher memory speeds. Because of all this chaos some of the GPU brands have now decided to release new SKUs with 14Gbps modules, which are going to be properly certified in the process.

There is still slight confusion with regards to the Radeon RX 5600 XT. Not only do Gamers have to be fully aware about which Model they are buying, but they also need to check out what BIOS the card ships with.

AMD has not given any assurance nor  promise regarding any BIOS upgrade failures. But there are now high chances that you might get an upgraded BIOS SKU from the retailer ‘out of the box’, though before making any purchase “please” check with your Local retailer and confirm things beforehand.  Will you? Happy gaming! 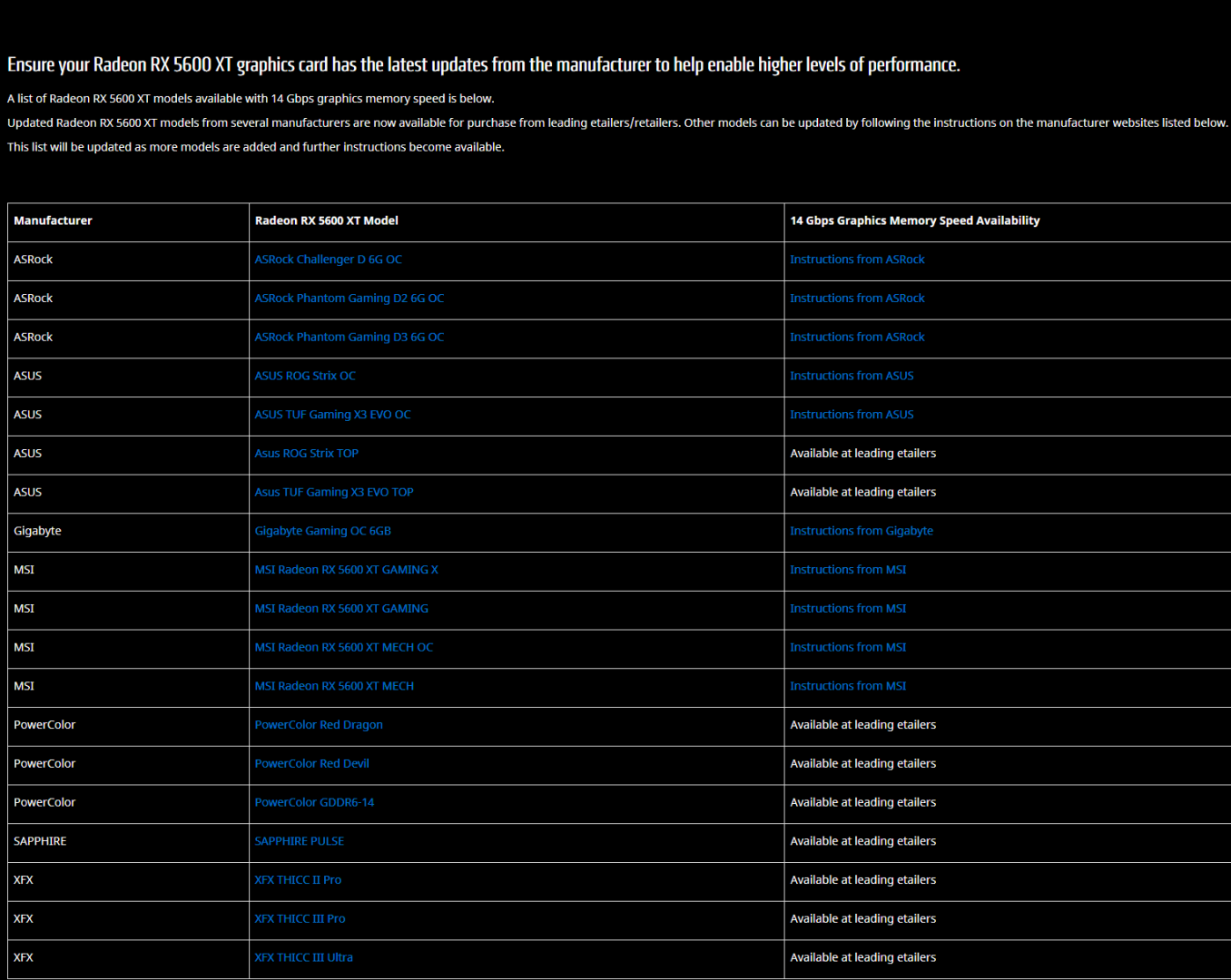