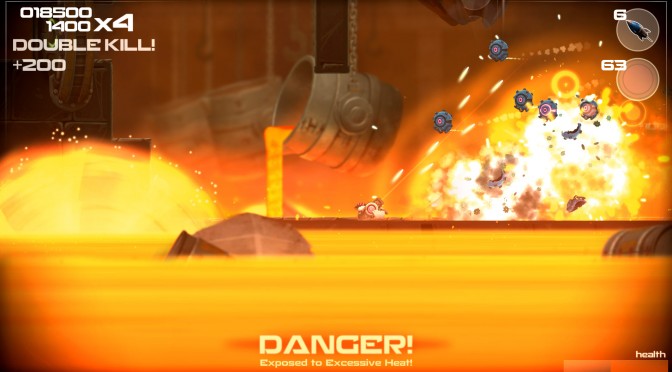 Two Tribes has released a new gameplay trailer for its upcoming 2D shooter, RIVE. RIVE is described as a 2D shooter / platformer with old school gaming values in a decidedly new school execution. As the company noted, during the game’s intense 360 degree shooting and platforming action, players learn to alter the behavior of their robotic enemies by collecting and uploading hacks. Enjoy! END_OF_DOCUMENT_TOKEN_TO_BE_REPLACED

Two Tribes has revealed a new 2D shooter/platformer game called Rive. Rive is described as ‘the metal wrecking, robot hacking shooter’ in which players learn to alter the behavior of their robotic enemies by collecting and uploading hacks. The game is currently planned for an early 2015 release, will be playable at this year’s Gamescom, and you can view its announcement trailer below. Enjoy! END_OF_DOCUMENT_TOKEN_TO_BE_REPLACED

Two Tribes and Mobigame announced today that their indie game, EDGE, will hit Steam on August 11th. EDGE is basically the third Indie game, after Swords & Soldiers and Frenzic, to be redeveloped and taken to other platforms by Two Tribes. The game now feels right at home on modern PCs and Macs, with super high resolutions and new special effects, while still keeping the retro vibe completely intact. END_OF_DOCUMENT_TOKEN_TO_BE_REPLACED