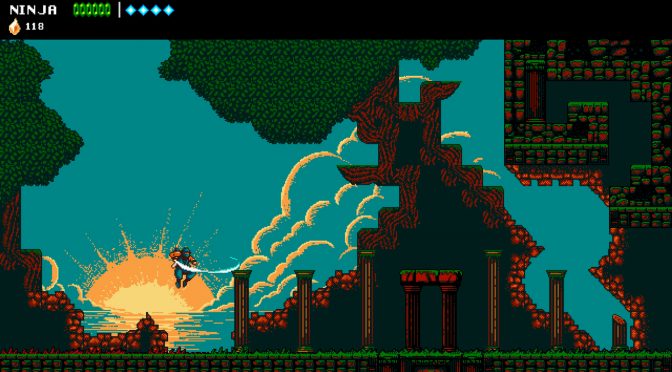 Epic Games has announced that The Messenger is currently available for free on the Epic Games Store. PC gamers can acquire their free copy from today and until November 21st. Next week, Epic Games will be giving away Bad North. END_OF_DOCUMENT_TOKEN_TO_BE_REPLACED

Sabotage Studio has announced that The Messenger, a new action platformer with generation-leaping visuals, will be available for the PC later this year. First presented as an 8-bit action platformer, this epic ninja tale takes the hero forward in time, supported visually by a shift to 16-bit, where the adventure and gameplay mechanics become much deeper than players would expect. END_OF_DOCUMENT_TOKEN_TO_BE_REPLACED