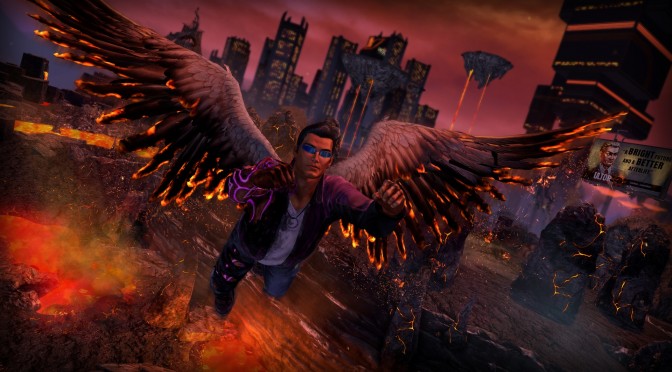 IGN has shared a new video, showing 10 minutes of gameplay footage (off-screen) from the latest Saints Row standalone game. In addition, Deep Silver has released the first batch of screenshots from this game. Saints Row: Gat Out of Hell is being developed by Volition and will be released in 2015. Enjoy! END_OF_DOCUMENT_TOKEN_TO_BE_REPLACED

During this year’s PAX Prime, Deep Silver and Volition announced a new standalone expansion for Saints Row IV. This standalone expansion will be called Saints Row: Gat Out of Hell, will come on both old-gen and current-gen platforms (including the PC) and will release this January. END_OF_DOCUMENT_TOKEN_TO_BE_REPLACED