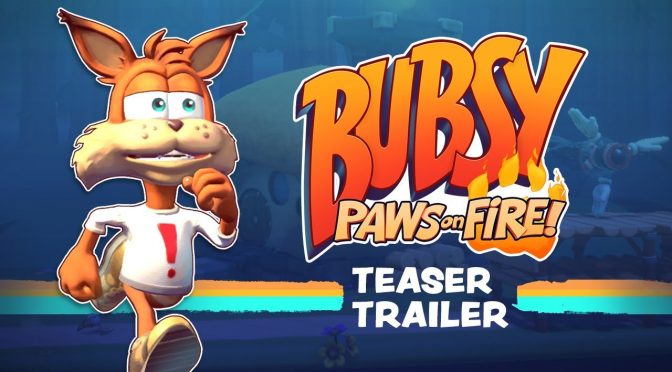 Accolade has just announced a new Bubsy game, Bubsy: Paws on Fire. In order to celebrate this announcement, the team has released a teaser trailer that you can find below. END_OF_DOCUMENT_TOKEN_TO_BE_REPLACED

Accolade has released a new trailer for Bubsy: The Woolies Strike Back. Bubsy: The Woolies Strike Back is an all new Bubsy adventure featuring Bubsy in a bevy of exotic locations as he travels the planet looking for the beloved Golden Fleece. The game is being developed by the team behind Giana Sisters, Black Forest Games, and is currently planned for an October 31st release. Enjoy! END_OF_DOCUMENT_TOKEN_TO_BE_REPLACED