2K Sports has released a new trailer for NBA 2K16. As with all current trailers for this upcoming basketball game, it contains some gameplay sequences accompanied by live-action footage. NBA 2K16 is coming to the PC on September 29th. Enjoy! END_OF_DOCUMENT_TOKEN_TO_BE_REPLACED

2K Sports has released a new trailer for its upcoming basketball game, NBA 2K15, showcasing its amazing visuals. NBA 2K15 will be available on October 7 in North America, and on October 10 internationally, and this time around the PC version will be based on its current-gen version. Enjoy! END_OF_DOCUMENT_TOKEN_TO_BE_REPLACED 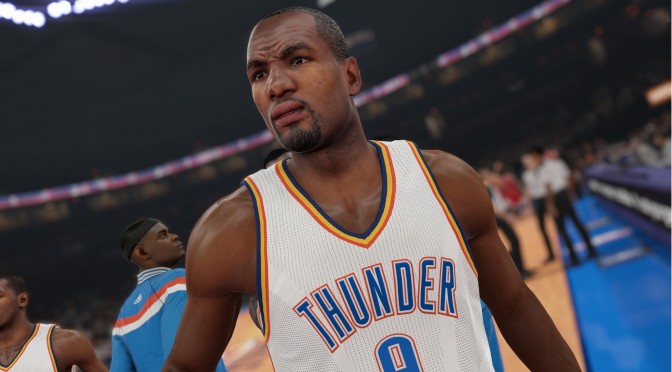 Ah, the beauty of sports game trailers. Similarly to PES, FIFA, NHL and pretty much every other sports title, 2K Sports has released a new trailer for NBA 2K15 that does not pack any proper gameplay footage. Instead, we get an inside look at next year’s player introductions of the retooled Cleveland Cavaliers. Enjoy! END_OF_DOCUMENT_TOKEN_TO_BE_REPLACED 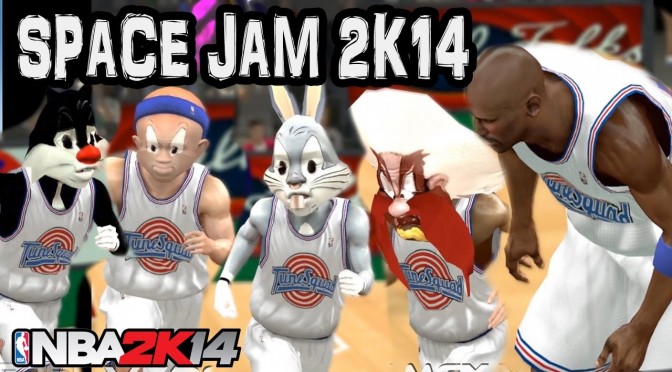 So, your best friend got the next-gen console version of NBA 2K14 and can’t stop talking about how awesome it is, right? Well, here is something that will make him curse the day he did not get this title on the PC. MGX NBA2K has released a mod that brings Space Jam’s characters to it. It looks stunning (although the characters are not as cartoon-ish as we hoped to) and you can find below a download link, as well as a video. END_OF_DOCUMENT_TOKEN_TO_BE_REPLACED

2K Sports has released a new developer diary for NBA 2K14 that focuses on the game’s gameplay mechanics. According to the team, NBA 2K14 has seen a major upgrade in gameplay. From physicality to improved defense, tighter controls and the awe-inspiring blocked dunks, prepare for the most balanced and deepest gameplay the series has ever seen. The game is planned for release later this year on PS3 and X360. Although 2K Sports has not revealed any other platforms for it, we do know that NBA 2K14 will hit PS4 (and most probably Xbox One). And since all the latest parts of this series have found their way on the PC, our only question is this: in which version will the PC version be based on? (Editor’s Note: this developer diary features the PC logo, so it is safe to say that the PC version will be based on the current-gen version that will be released on X360 and PS3) END_OF_DOCUMENT_TOKEN_TO_BE_REPLACED

Earlier today, 2K Games announced the console versions of NBA 2K14. According to the press release we got, the game was to be released on PS3 and X360, as well as next-generation console platforms. However, there was no mention about a PC version of it. Thankfully, the company has unveiled – via its official website – that the game will be also coming to the PC platform, and PC gamers can already go ahead and pre-order it. END_OF_DOCUMENT_TOKEN_TO_BE_REPLACED

2K Sports announced franchise record-setting sales of NBA 2K13, the latest iteration in the top-selling and top-rated basketball simulation series. In its first week of sales, NBA 2K13 sold-through 49 percent more copies than the franchise’s previous fastest-seller, NBA 2K11. This record-shattering growth is due in part to the expanding global popularity of the NBA 2K brand, which accounted for a 66 percent increase in international sales as compared with NBA 2K11. END_OF_DOCUMENT_TOKEN_TO_BE_REPLACED

2K Sports today announced that NBA 2K Online, the free-to-play NBA simulation from 2K Sports on the Tencent Games portal in China, will launch commercially on October 24. NBA 2K Online will introduce four different game modes, including the NBA Mode, where gamers can create their own avatar and join an NBA team. Players can also choose to focus more on a team-oriented style in Free Mode and Street Mode, which gives players control of an entire team. The newly-launched Legend Mode will allow five gamers to form their own team and challenge the NBA’s best. END_OF_DOCUMENT_TOKEN_TO_BE_REPLACED

2K Sports has released the official trailer for its upcoming basketball game, NBA 2K13. NBA 2K13 is the follow-up to NBA 2K12, which has sold-in over 5 million units worldwide and won more than 25 Sports Game of the Year awards from outlets including Gamespot, Sports Illustrated and the Spike Video Game Awards. The game is currently planned for an October 2nd release on PC, X360 and PS3. Enjoy! END_OF_DOCUMENT_TOKEN_TO_BE_REPLACED