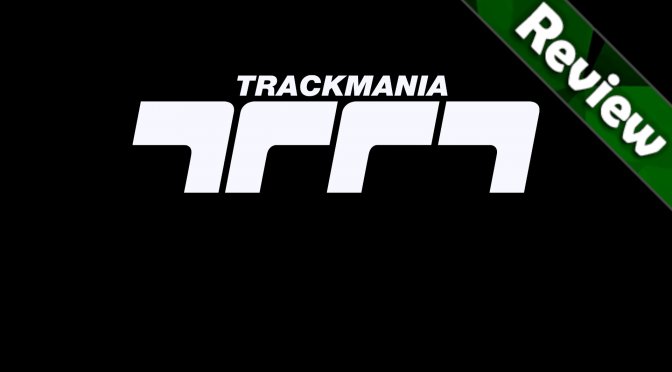 I first played the original Trackmania Nations more than a decade ago. The game came with a PC magazine subscription, and I couldn’t believe that such a top-notch racer was being distributed as freeware. Nowadays, even Grand Theft Auto games are handed out like mints with a restaurant cheque, but back then a freebie like this was a big deal. Naturally, players jumped on this treasure and did what the internet does best: Took it further than anyone could ever have imagined.

While not their first title, the developers – Nadeo – released Trackmania Nations as a game for its online community to run wild with their skill and creativity, and boy did they. With thousands of tracks being created and shared between players every day, a buffet of custom servers to challenge people around the world, and the ability to replay record-breaking speed runs in real time, Trackmania Nations was all about bringing its community together. It belonged to the players.

Now we have Trackmania 2020, or just Trackmania, a remake which tries to give this enormous fan base a next-gen revival. In certain ways, the developers have succeeded admirably in that this game obviously shows the same level of potential as its 2006 inspiration. However, there is one big catch: Ubisoft has a horse in the race this time, and you know what that means…

Trackmania is all about paying homage to the basics by keeping things pure and simple. There is no plot, hardly any cinematics, a stripped down menu screen, and it feels like the game is eager to get players onto its twisty, elaborate tracks. Nadeo has always achieved elegance in the minimalism of Trackmania’s menus and gameplay systems, and I was happy to see this approach make a return.

However, the best throwback is how Nadeo have dutifully recreated their frighteningly addictive arcade racing where failure never feels like a punishment, but the means to keep pushing your skills to the limit. The player can restart any track with a single button (B on the Xbox One controller), which instantly creates that ‘just one more go’ feeling (even though you’ve been saying that for the last twenty minutes).

There have always been loudmouths who criticise this franchise’s handling physics, and this is beyond me. Just like Trackmania Nations, the handling in 2020’s installment is razor sharp and highly consistent. This allows for an extremely accommodating learning curve, but still rewards lightning-fast reflexes for when you change from shaving off seconds from your time, to shaving off milliseconds.

So what have they changed? For starters, the game has been outfitted with a new, 64-bit engine to accommodate more adventurous tracks, more players on one map, and better, more user-friendly customisation suites. I wouldn’t say Trackmania 2020 has been given a huge visual overhaul since textures and visual effects are still a little on the plain side.

Yet, it is worth remembering this game will only ask about two gigabytes from your hard drive (before additional content), so I guess Trackmania is not doing all that bad. Besides, the revamped lighting system renders daytime tracks in crisp, sunny weather with gorgeous realism while giving night tracks a completely different visual tone. You can also tell the game’s overall sense of scale is somehow larger, hence the more sizable loops and more generous, sweeping turns in the tracks. 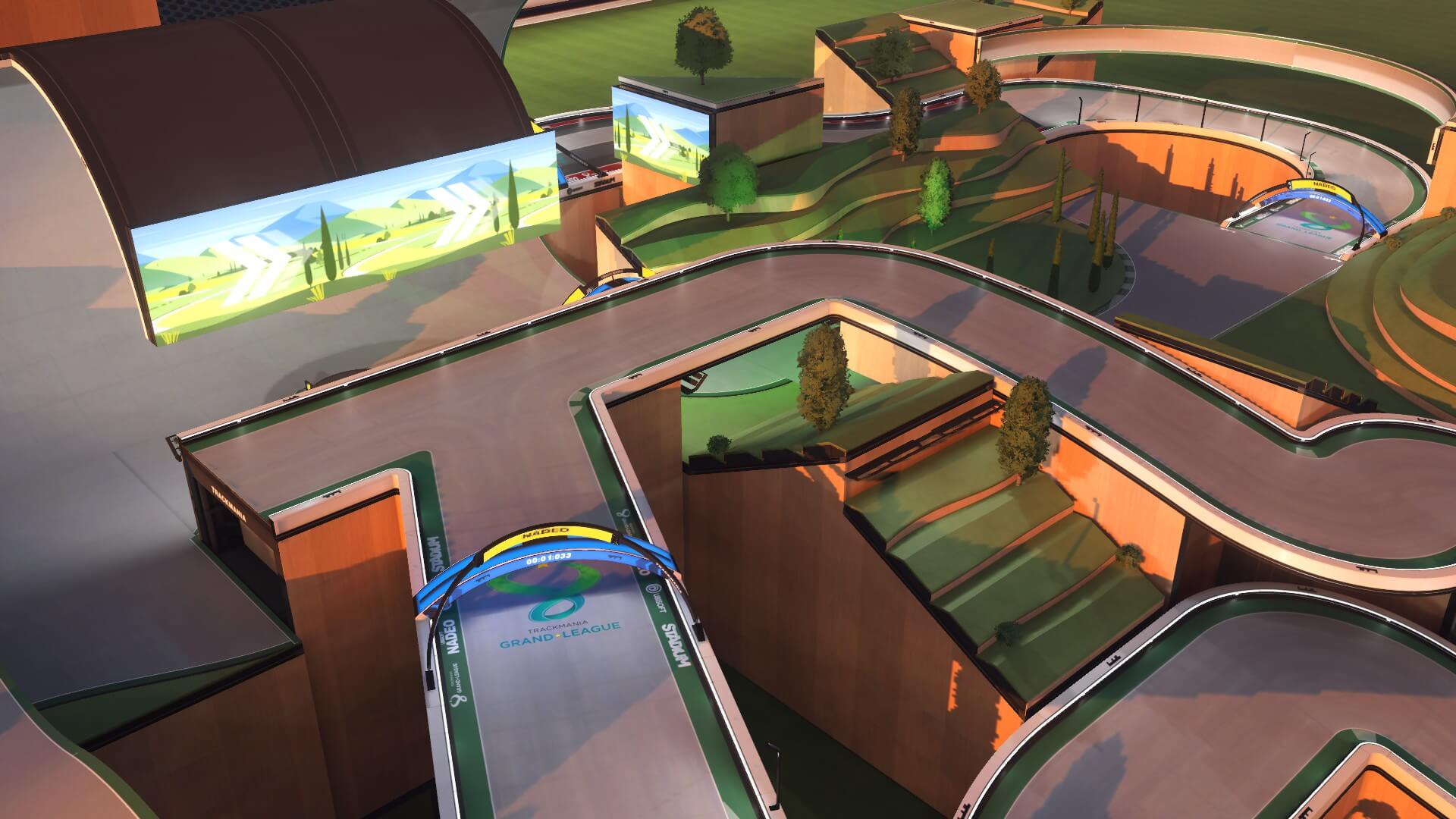 The hardcore track builders in the community will surely be intrigued by some of the additions to the creation toolkit. There are few new check point types which introduce interesting modifiers to the race, such as cutting out your engine, disabling your steering, or making your car fly temporarily like a rocket, all of which force the player to rely on completely different strategies to beat the track.

A few new road surfaces also make their appearance, with the noteworthy inclusion of the ‘ice track’. I have driven on ice in other Trackmania games, but here I utterly HATED how the track drives since this surface inverts the car’s controls and makes racing feel too much like a drifting competition. There is probably a technique to mastering this slippery surface, but I was honestly happiest to leave these maps behind.

I often compared Trackmania Nations to playing with Hot Wheels toys, but the redesigned cars in Trackmania 2020 look, for lack of a better word, more serious… futuristic even. Cars now come with a sequence of rear lights that indicate the progression of the changing gears, which, I assume, might be useful for players wanting to get a closer look at how record setters accelerate in the replays.

As a side note, the engine sound still annoys me, and this has never really been strength of Nadeo’s darling franchise. I would have preferred something more electronic and synthesised to fit the look of the car, but as it stands the engines are closer to a whiny motorcycle sound. Thankfully the music is good, and most of us are on Spotify while we play anyway, so I guess the point is kind of moot.

I could talk about the vehicle customisation and building your own tracks, but I am more of a driver than a creator, so my opinion would come across as being uninformed. Besides, I played the free version, which thus forms the segue into the biggest issue I have with this game.

Trackmania is indeed free to play, and there is more than enough to keep you busy for days on end in both solo and multiplayer modes. There are around twenty or so tracks to help with learning the basics, and a seasonal collection of another 20 or so developer-created tracks named ‘Summer’, which will likely be periodically rotated or supplemented with new collections. Winter is coming!

It is here where you make a headlong collision with the corporate might of Ubisoft. I discovered that Trackmania isn’t free in the sense of Trackmania Nations, but free to the extent that you are locked out of the core experience of this game: The community. Trackmania has got not just two tiers, but three different levels of membership access, named ‘Starter Access’, ‘Standard’ and ‘Club’. Standard will cost you $9.99 a year, and Club around $29.99 per year.

In Starter, the free access that I reviewed, you can compare runs on the developer tracks with people from around the world, but also people in your country and home state as well. I honestly had no idea there was such a burgeoning Trackmania community in my own country, not to mention the rest of Africa! There is also the ‘Arcade’ mode where you can compete concurrently with other players on a randomly selected track to set the best times.

For everything else, you need to open up your wallet. This includes gaining access to the advanced track editing options, joining clubs, downloading the track of the day, and being able to have a choice over which multiplayer maps you would like to play. Without labouring over the details, clubs are basically exclusive lobbies which give players opportunities to share their own content, and host their own events to a selected audience.

Look, I fully understand that games and servers cost money, particularly when you are uniting the entire planet in one racing title, but the core of Trackmania Nations was that the community built the game up by themselves without the need for membership fees. I would have been more comfortable with a once-off payment even, but this feels too much like Ubisoft is trying to cash in on something they did not create themselves.

True, the membership fees are not gastronomical per se, but I honestly cannot see myself constantly dishing out real money to play year after year, especially when you consider previous Trackmania games mostly consist of single payments with infinitely more on offer. When the majority of multiplayer content will be driven by creators in the community, and not Ubisoft themselves, paying a subscription for a Trackmania game begins to feel a little dubious.

Perhaps the subscription fee will come down eventually, or maybe it will disappear entirely. Either way, I have been pissing my life away on these games for more than a decade, so a recurring payment just doesn’t feel like it fits the spirit of Trackmania. I would rather just go back to playing Trackmania 2 when I run out of things to do with my free subscription.

Still, even if I wholeheartedly disagree with the way this game has been monetised, you should download the free version and start playing immediately. Trackmania is a superb and well-made new entry into this super addictive genre of arcade racing, and it thrives on the idea of the more the merrier. The free tier has ample great content on offer despite its limitations on access to the broader community.