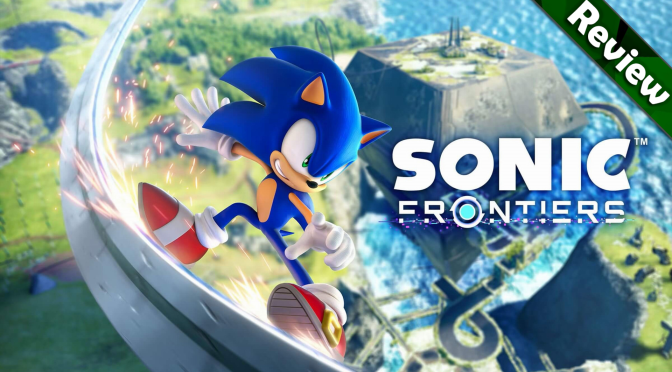 Most of you are probably aware of the Sonic cycle, right? If not a quick primer: Step 1. Sega shows tidbits of a new entry in the franchise, lack of new friends (or perhaps annoying ones) in promotional materials, people who are deluded get hopes up. Step 2. Revealed that annoying or stupid looking new friends are in fact in the game, gameplay looks garbage-tier, hopes dashed. Step 3. Game releases, it’s smashed by critics as junk.

There have been some exceptions to this specific sequence of events over the years. The cycle was coined the “cycle” around the time of Sonic Unleashed. But really it’s been going on since Sonic Heroes, the first post-Sega first-party Sonic release, and was particularly exacerbated by debacles such as Sonic ‘06. Games that managed to avoid being poorly received since then are mostly handheld releases on Nintendo platforms. On consoles, the most notable examples would be Sonic Colors, Sonic Generations, an alright game but really nothing special and Sonic Mania, which was excellent but avoided the cycle by explicitly following the design philosophy of the original Genesis/Mega Drive titles (and by not being developed by Sonic Team but rather a cadre of fans who understood what made those original games so great). For my part, I’ve always differentiated between what I call ‘Sonic’ and consider to be the original school of design, games like: Sonic, 2, 3&K, CD and Mania. Most of those games included the work of Hirokazu Yasuhara – later known for his stint at Naughty Dog working on the Jak and Uncharted franchises. Then I’ve referred to the 3D entries as ‘Sanic’, the “gotta go fast” or “boost” school of design. The franchise, after going 3D, lost many of its identifiable elements; gone was the feeling of momentum, the multiple paths and open level design from the 2D entries with a focus on tight platforming. Instead, we received heavily linear level design with a focus on boost and speed mechanics, faulty platforming and frequently poor collision detection. Sonic, in part, differentiated itself from Mario during the 16 bit era by virtue of having levels with so many branching paths – once the franchises developed into primarily 3D design, Mario entries actually became more open than their comparable Sonic titles.

So with that out of the way; has Sonic Team repeated the errors of the past or have they found a way forward, particularly for the 3D designs of the franchise? Given the reaction to the game’s gameplay reveal (negative) I’d say it’s a surprisingly mixed bag. Frontiers made it to step two of the cycle but it doesn’t fulfill step three. The plot isn’t anything special, I won’t focus on it much because it’s just not particularly interesting and I don’t think it’s why anybody would be interested in playing this game. Though I will say it feels like Sonic Team is trying here and it was engaging enough that I watched all the cutscenes, it has more meat on the bone than your typical 3D platformer. 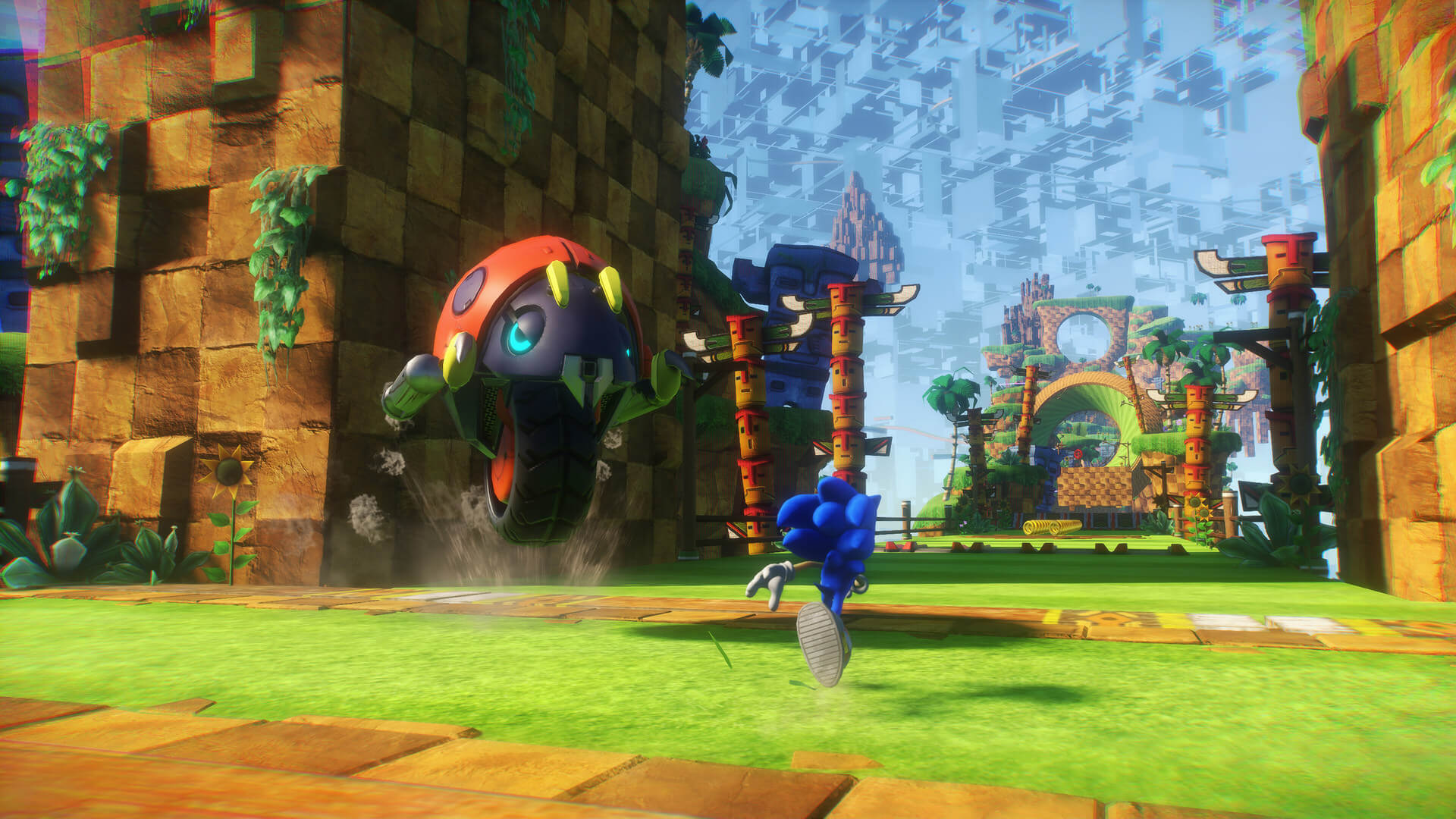 From a technical perspective, it’d be impossible to write a review without mentioning the game has severe pop-in – think Halo: Infinite debut. The graphical options menu is fairly minimal and lacks a draw distance option, I can understand this being an issue on consoles but hopefully modders can fix the PC release assuming Sega never patches it. Additionally the game has some jank typical of 3D Sonic games, this mostly occurs inside of the Cyber Space levels (Cyber Space is a plot element). Sonic Team made the decision to change how Sonic handles inside of the Cyber Space levels vs the overworld; these handle and are designed more like the types of levels you would have seen in the aforementioned ‘Sanic’ or boost games. This is a bit of a disappointment because outside of the Cyber Space levels Sonic controls better in 3D than he ever has in my view. It stands out as well that Sonic Team has still not figured out how to avoid taking control from the player during specific actions, i.e. loop-de-loops are still automated and one can completely let off the analog stick, automated camera movement that screws up attempts at platforming, etc. 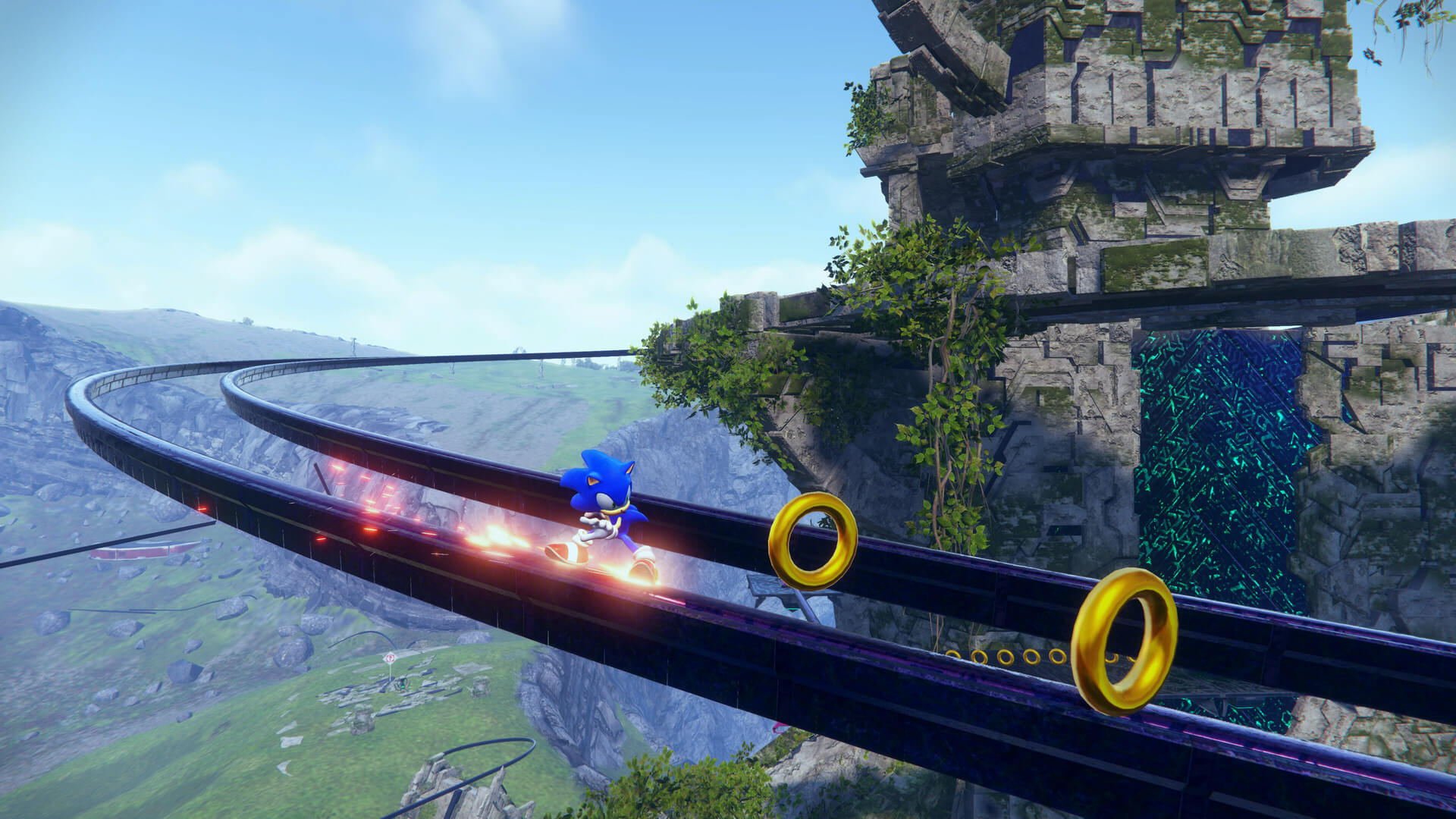 The game takes place in a set of rather large open zones, the Starfall islands, within those there are various activities. There’s a definite Breath of the Wild influence happening here with Cyber Space levels replacing Shrines, you complete this challenge or this puzzle and now you’ve unlocked this part of the map (for viewing, it’s accessible off the bat), or portal gears or vault keys, or Chaos Emeralds, etc. That brings up another point, this game has a lot of collectibles and is the first AAA platformer I’ve played in a while that really harkens back to the collectathon platformer era. Depending on preference that may not be something you appreciate, luckily for those readers one can bypass a lot of it by going fishing with Big. Frankly some of the activities aren’t very interesting but they are varied, and I found myself enjoying the variety as I played through the game. The Cyber Space levels are also an enjoyable change of pace vs. the open zone experience, despite the handling issues. On top of the frequently great soundtrack featured in the Cyber Space levels, I found myself replaying them for S rankings and to find all the red star collectibles inside of them. Concerning art direction, I do wish the open zones looked more like the Cyber Space levels, which have more in common with the franchise’s prior entries. Instead the open islands have a “Sega hire this man” meme vibe. 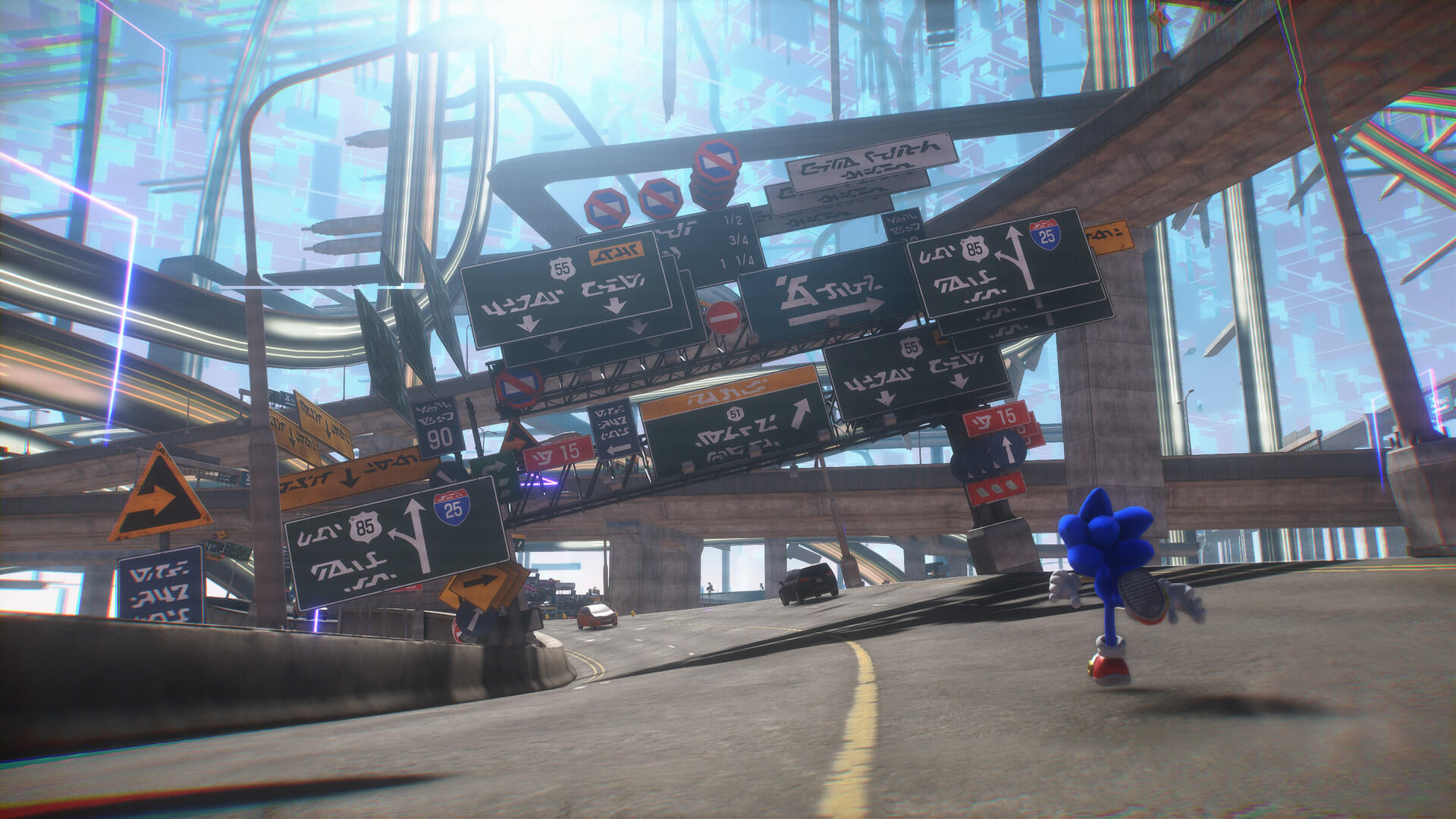 A mechanic I didn’t enjoy at all were the new, tacked-on, RPG mechanics. Sonic now has attack and defense, can increase how many rings he can hold and can increase running speed (the options menu also allows modifications to his overall mobility, which I found interesting but didn’t bother messing with and played with default tuning). This mechanic adds another set of collectibles though if that’s your thing, the Kocos. You collect Kocos and redeem them for either ring capacity or speed increases, then you collect red and blue seeds for the attack and defense and redeem them with the Kocos for those stat increases. It adds nothing but a layer of busy work. It also leads us to the game’s combat; Sonic has a skill tree now and a sort of undercooked combat system – even if I do like the Cyloop, a move allowing him to damage enemies by running around them in a circle. In the open zones there’s a sizable number of mini-bosses, I found a couple of them annoying but for the most part I either found these engagements above average or clever in their design. The major boss fights feature Sonic going Super set to heavier pieces in the soundtrack, they are pretty entertaining setpieces.

The walkaway is that Sonic Frontiers absolutely does represent success for Sonic Team and the franchise overall. It’s the first time Sonic’s felt controllable in a mainline 3D entry of the franchise, it is in the navigation of the open zone islands and the various platforming that takes place within them where it shines brightest. I am not a big fan of Breath of the Wild, I don’t typically enjoy large open worlds or even zones as featured in Sonic Frontiers but Sonic Team successfully turned the traversal in this game into a feature rather than a detriment. It finally feels like there is a framework that is playable and a gameplay loop that is enjoyable for a franchise that has been hopelessly stuck in its attempts to transition to a fully 3D design. The bulk of the gameplay here is good, it just needs more polish, a greater focus on its strengths and less on weak facets like combat, RPG mechanics, and scripted gameplay that while popular today in franchises like COD or Uncharted should be avoided in a platformer.