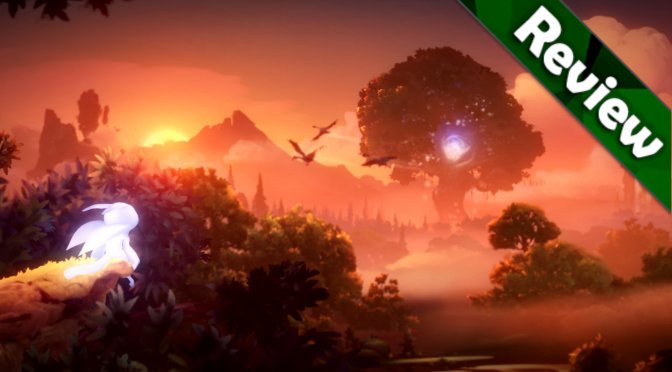 It is hard to believe five years have passed since Ori and the Blind Forest debuted on our screens. Developers Moon Studios crafted a momentous game that not only reinvigorated the metroidvania genre, but also reminded players how beautiful and intricate these titles can be. Now the long-awaited sequel finally hits shelves, but how could any studio follow up on lightning in a bottle like this?

The answer is in Ori and the Will of the Wisps. I mentioned in my Rage 2 review that all good sequels try to find that residual potential of their I.P’s. It is not just about more, bigger or prettier. Good sequels elevate themselves to those untouched areas of gameplay that their predecessors never reached, and this is precisely what Moon Studios achieved with their second Ori game.

If ever there was a write-up willing to criticise Ori and the Will of the Wisps (hereafter Ori 2), you are as far away as possible. Perhaps this will not be a review of Ori 2, but my best attempt to explain what a masterpiece this sequel has turned out to be. Moon Studios built on every strength from their first game, and remind us once again why metroidvanias can be some of the most fulfilling experiences in our industry. This game is an amazing and rare gem.

A picture worth a thousand words

One of the highlights from Ori and the Blind Forest was Moon Studios’s incredible talent for using visual language. Like many other metroidvanias, the first Ori game could impart a lot to the player using only modest resources. There wasn’t much exposition, barely any tutorials, and the game used cut scenes very sparingly.

Nonetheless, it was still a story-driven experience you could loose yourself in. The devs crafted their game to have a constant, visual communication with the player, and this design philosophy spills over wholeheartedly into everything in Ori 2. That is, Ori 2 is a game that shows rather than tells in that the visual design forms a fundamental bridge between both the narrative and the gameplay.

Take the eponymous (and very cute) Ori, for example. Even a noob taking a quick glance at this little critter would immediately tell there is something agile, yet vulnerable about… it. Hold on a second, is Ori a boy or a girl? Only thing I know is that the name has a Hebrew origin meaning ‘my light’, so perhaps Ori is Jewish?

Anyway, I digress. True to the sloping lines and gossamer-like luminance of the character model, Ori felt super smooth and an utter pleasure to control for the thirteen-ish hours I spent leaping and bounding throughout the various biomes. There is a weightless and inviting momentum in how Ori handles which encourages the player to keep moving, and to experiment with acrobatics.

It seems that all niggles and annoyances have now been ironed out from the first game, and it is clear the devs wanted to push the boundaries of traversal in this series to the next level. The twirls and somersaults when leaping weightlessly through the levels really benefit from Ori’s slick revamped animations, but this also holds true in combat or ranged attacks against enemies.

A battle in spirit

Ori has been given a substantial upgrade in terms of how players will face the malicious bugs, slugs and even bosses scattered around the world. Combat now feels more like the metroidvanias that have followed during the interim of the first game’s release (for example, Hollow Knight) in that Ori now has access to a spirit sword, ranged spirited projectiles, heavy weapons, and you can swap between them on the fly.

The player will really have their reflexes tested on normal or hard difficulties since the combat is fast and frantic. I strongly recommend a first play through on ‘easy’, particularly since adjusting the difficulty later is not an option. Nonetheless, this little spirit bunny is every bit as agile and responsive during battle as he is with traversal, and there is a decent variety of ranged and melee attacks to make up your fighting strategy.

It is from experimenting with the combat I noticed that Ori 2 now boasts a more varied menu and progression system. Moon Studios have swapped the linear style of the previous game for something closer to an RPG’s structure. This allows for more abilities and weapons to unlock quicker, and thereby leaves the choice to the player on what to upgrade, and how define their own playing style.

The forest lives on

The reason why Ori possesses these abilities (and, frankly, why he glows in the dark) is because he was one of several spirits inhabiting a mystical willow tree – the heart of the entire forest’s spiritual energy. The first game saw Ori being adopted by a creature called Naru after falling out of said willow tree during a great storm, and eventually setting out to rescue the forest dying from a malicious corruption.

With the forest now restored to its lavish glory, Ori 2 opens with a touching scene of the pair living a serene life, along with their new friends Guma and Ku. All is well until Ku, who is the cutest little owlet EVER, finally becomes overwhelmed by the desire to fly. Unfortunately, Ku’s tiny wing has been mangled, leaving the owlet grounded and very miserable as it watches the other birds go by.

Ori and co. therefore try to help Ku with a makeshift wing which seems to work quite well until, during its first flight, Ku is caught in an angry storm not unlike the one that shook Ori from the tree. With Ori riding on Ku’s back at the time, the duo crash land in a desolate area of the forest and become separated.

The stage is set for Ori to embark on a rescue mission, and as a surprise to no one, Ori finds that all is still not well in the deep, forgotten places of the forest. The mission to rescue Ku therefore becomes intertwined with restoring the forest’s life force in an abandoned and hostile world. It is more than Ku’s life that hangs in the balance.

Thanks to absolutely superb animation and masterful use of potent imagery, the story in Ori 2 is nothing less than sublime. Without spoiling anything, I will just say that the narrative plays out as a riveting and engrossing mix of fairy tale tropes, which are interspersed with gut-wrenching climaxes of triumph and failure.

The hauntingly beautiful soundtrack is also a crucial component here. Both the story and the game at large are accompanied by an entrancing score filled with dramatic orchestral swells, and yet the music is constantly tinged by undertones of sadness and melancholia. It’s the kind of soundtrack that deserves to be sold separately.

All this adds up to a roller coaster ride of emotions during my play-through, and it has been a long time since a game has had this effect on me. Seeing that poor baby owl frightened and alone in the dead forest brought me right to verge of tears, while I beamed like an adoring parent during the more happy moments. This is really fantastic story-telling.

Besides the soundtrack and narrative, the Ori 2 experience is equally achieved by the graphics and the level-design. You often hear about certain video games blurring the boundaries between art and entertainment, but Ori 2 shatters this division. This game IS art. The visuals are so imaginative and aesthetically pleasing that it looks like you are playing through a Bob Ross painting.

Running on the Unity engine, the devs have created a massive world rendered with more detailed textures, a much higher particle count, and a more complex lighting system than the first game. The forest now really feels alive and magical, with visually-distinct biomes for Ori to explore all rendered with unique colour palettes.

I mentioned visual language earlier, and it is in environmental design that Moon Studios have really put this to work. The greens, browns and blues represent colours that guide Ori, that beckon the player to safety. The reds, yellows and purples on the other hand represent danger, and it is quite a feat to see how consistently the devs have endorsed this style throughout the entire game.

I simply could not get enough of this beautiful world. From races against the ghosts of other players, to doing small quests for animals that inhabit in the forest, and feeling that satisfaction of nimbly making it through heavily-spiked, narrow corridors, it is mesmerising how all of this functions so well in one game. Ori 2 is a model of excellence in environmental design.

People frequently complain that ‘they don’t make games like they used to’, and, admittedly, I somewhat agree. I feel like modern studios are much too eager to put money before their own vision for making any game for a variety of understandable – but no less tragic – reasons. As such, bigger games rarely take risks, and they tend to loose their identity in an effort to meet sales targets. 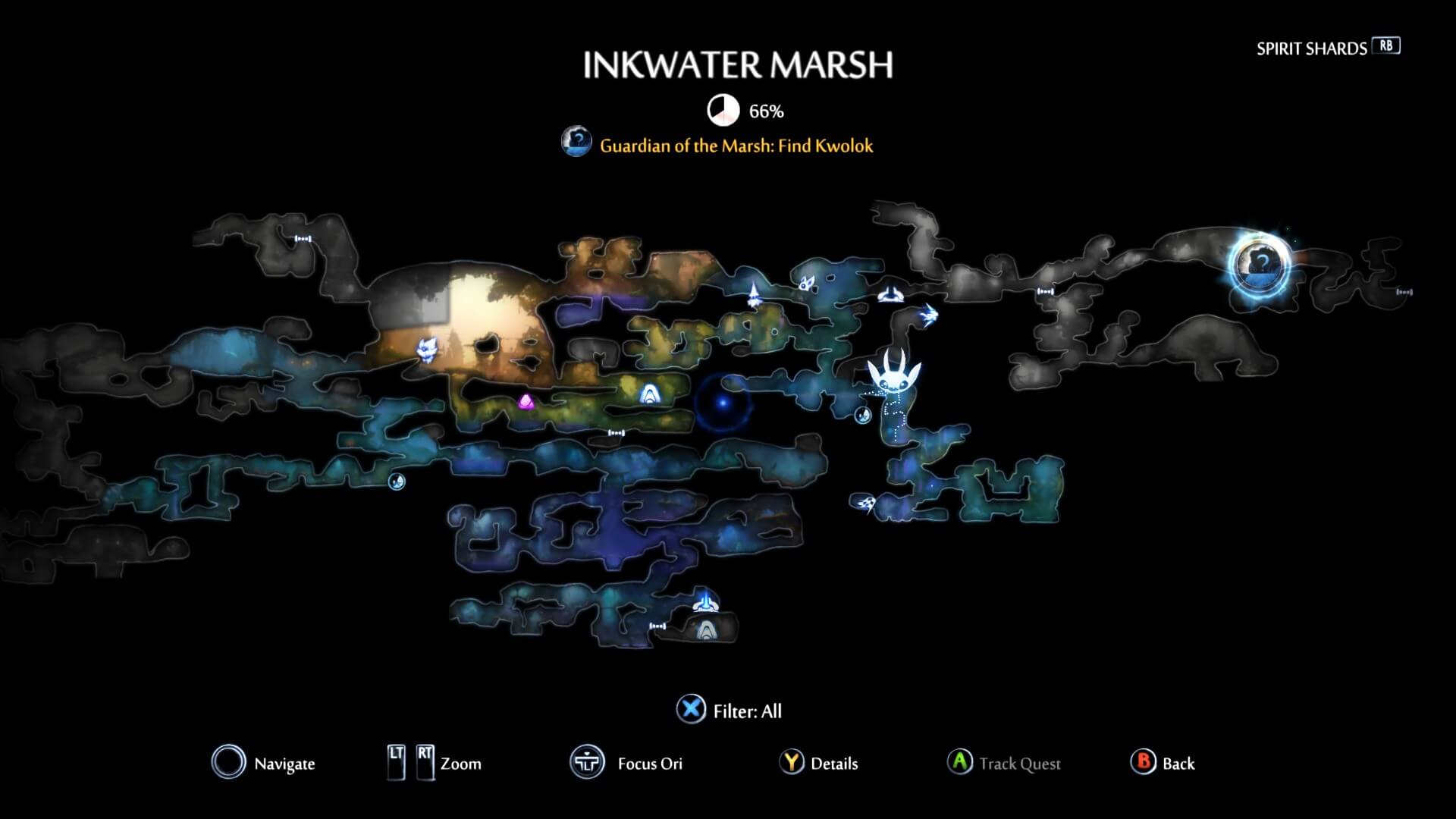 Ori and the Will of the Wisps stands as a shining contradiction to this ethos because it feels like Moon Studios never compromised on what they want to offer the player. This game oozes with creative energy, and was quite obviously made by people with unbridled passion for this genre. It shows how we can use technology not just to enhance the visuals of any game, but also how complex gameplay systems can be made to function alongside one another.

It is so rare that we see excellence in our games these days, which is why Ori and the Will of the Wisps is truly a non-negotiable moment. This is not just a game: It is an education on what gaming as a medium can and should accomplish. You simply have to play this.