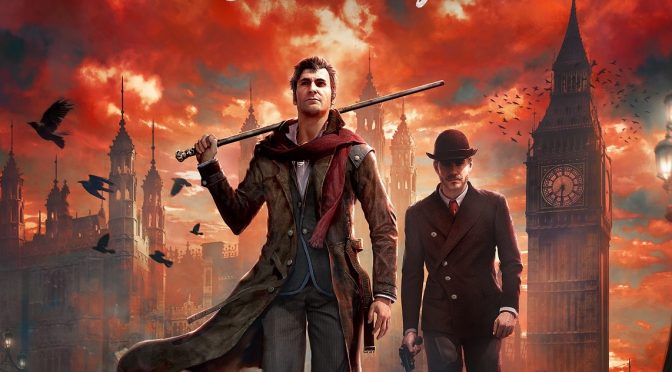 Frogwares is mostly known for its Sherlock Holmes adventure games, dating back to Mystery of the Mummy (2002) but it was the new Crimes & Punishment (2014) reboot that introduced the Ukraine-based studio to a broader audience. The new Sherlock is a flashy, sexy version of the world’s greatest detective, obviously based on the recent action films starring Robert Downey Jr: Sherlock takes note of his surroundings and profiles interviewees based on their clothes, physical attributes and demeanor, he then studies the evidence, draws conclusions through logic-based diagrams and then… he acts (preferably in theatrical fashion). As far as Detective Mystery games go, Crimes & Punishment was a fresh approach; Sherlock Holmes: The Devil’s Daughter follows closely, but unfortunately falls short.

C&P and DD are quite similar on the surface. Again we have mystery cases and a main overarching plot on the side, with Sherlock quick-travelling to sites of interest (thankfully the loading times are somewhat shortened), performing interviews, collecting evidence and checking facts- all through a very robust journal that tracks everything and conveniently (maybe too conveniently) points to the next objective. However, SH:TDD feels more like an amalgamation of mini-games, sometimes masterfully sewed with each other, other times hastily thrown into a pot. There are time-based QTEs, stationary puzzles or even larger, room-based puzzles, targeting mini-games, balancing mini-games and observation mini-games. There are also some scripted action sequences- sometimes you have to follow a witness, other times you are being hunted and must quickly seek cover and there’s even a small, somewhat awkward, stealth level. Some of the stationary minigames are repeated, but thankfully not at the same frustrating rate as the cylinder puzzles of Crimes & Punishment. For example, the picklock minigame appears four or five times and that’s the most recurring puzzle in the game. There’s indeed an emphasis on action-based sequences, maybe that’s because this Sherlock is younger and more perky, obviously in an effort to reach a wider audience. A more cerebral, slow-paced approach (after all, it is an adventure game) would be more welcome. Robert Downing Jr was a fine fit for an action film, but the aged, retired Sherlock of Ian McKellen’s “Mr.Holmes”, would be indeed a more unique, well-suited take.

Surprisingly, all puzzles, riddles, mini-games and QTEs can be skipped and that doesn’t even affect completionists’ achievements. But if you start skipping stuff, you run the risk of shortening the duration of a 12-hour game, don’t you? The important thing to keep here is that all riddles make sense and that their presence and design are naturally incorporated into the plot. You don’t have to solve a nonsensical, colorful sliding puzzle and spontaneously pull a lever to inexplicably open a mystical door somewhere in the distance. SH:TDD does have its issues, but all puzzles are logical and will not have you backtracking, hunting pixels or trying insane things. This alone is a triumph for an adventure. Unfortunately SH:TDD falls short on duration. There are only four missions, the first one being the shorter introductory one and then there are three more medium sized cases. What comes next is the most disappointing finale in recent memory: a brisk confrontational level begins with promising set scenes… that lands on its face in an awkward, forced, abrupt, anti-climactic ending for the disappointing overarching story.

On the other hand, SH:TDD shows true brilliance in some grand set-scenes where we have to deduce, analyze and conclude elaborate schemes. Along with the Deduction Board where you combine facts and slowly work your way to conclusions and then decide on the guilty party and their motives, these are the instances where you will truly enjoy the game design and its core mechanisms. These are also the only instances when the gameplay grasps you and you forget that what you watching graphics from a previous generation.

There’s no way of being polite about it, SH:TDD ranges visually from blunt and lifeless, to cringe-worthy ugly. This becomes evident from the start of the game. The actor close-ups are not forgiving at all: character models sometimes move unrealistically, while their lip-synch and facial expressions are honestly sub-par (those loose eyeballs especially are disappointingly anachronistic). Walking outside we witness a somewhat dead city, with no immersive interaction and worst of all, no graphic polish at all: lighting, shadow and particle effects are sparse even when all graphic settings (they are not that many) are maxed. There’s a lot of visible screen tearing at times and abrupt frame drops in certain action sequences, both unjustifiable for the test system (Windows 10, i7 6700 @3.4GHz, 16GB DDR4 2133, AMD Radeon R9 390). Under no circumstances can we accept the justification “it’s OK, it’s an adventure game, it doesn’t rely on graphics.’

The lack of depth in the characters is not only attributed to their somewhat mediocre physical appearance, but to superficial writing as well. The dialogue is at times tedious and some reactions are completely out-of-character: it seems more effort was made to make a console-friendly, QTE-ridden action game, than to appeal to the original fans of the series. Even old Watson is underutilized and demoted to being a handsome Jude Law replica. And maybe that is the biggest step backwards for Frogwares: TDD has less meticulous detective sleuthing and more of uncharted tomb raiding, if you know what i mean.

SH:TDD is priced at 45 EUR so it’s not easy to blindly recommend playing it, especially given its short duration. Sherlock fans will definitely enjoy the clever set-scenes and the deduction board, but if you haven’t played a Frogwares Sherlock Holmes game before, you really shouldn’t start with this one; try Crimes & Punishment instead and hope for a decisive change of design by Frogwares in the future.