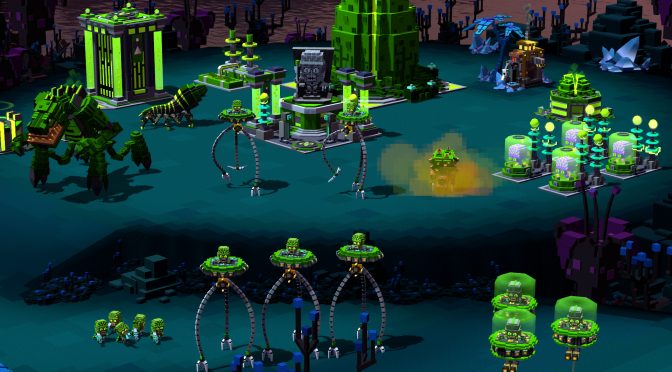 Petroglyph is already known for its blocky, retro-styled RTS games (Armies and Hordes) and with 8-bit Invaders! that makes the leap into a more space setting, this informal triptych is complete. 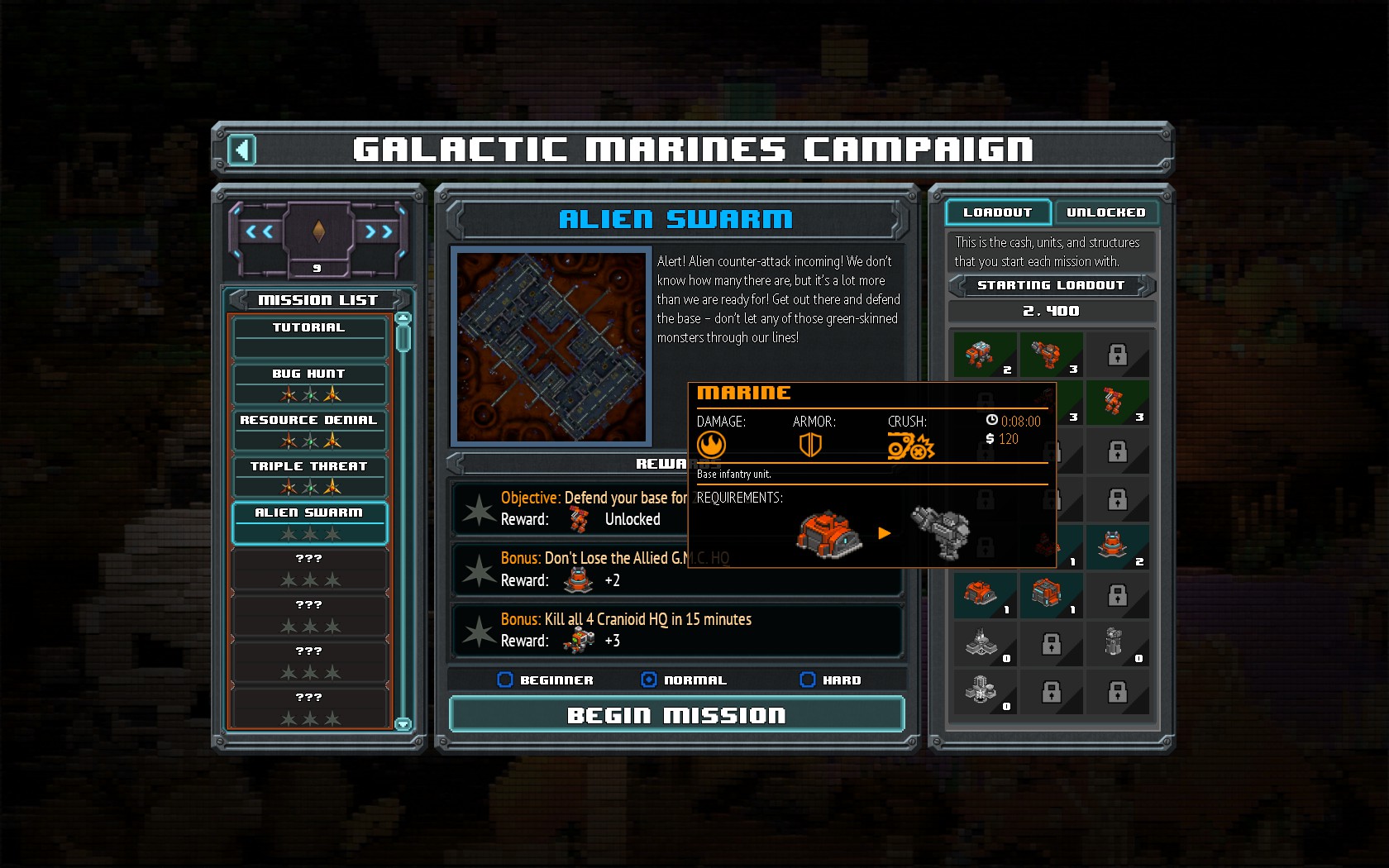 If you are new to the series, Petroglyph’s 8-bit games can be summed up as fun, minimalistic RTS games that are reminiscent of the grandfathers of the genre, like Dune 2 and the first Command & Conquer games: you build stationary buildings in your base, power them up, harvest the land for a single kind of resource and start churning out units like crazy. That’s it. The armies of the two new factions (Galactic Marines or Cranioids) have limited variety but on the other hand, available units are diverse and compliment well each other. Once you are confident enough, you lasso-pick them all, charge forth to destroy your opponent and clear out the map. While there are some side gameplay mechanisms like optional missions and an upgrade system, 8-bit Invaders! is a rather simple strategy that favors zerg tactics, quick management and refilling empty ranks. And that is not necessarily a bad thing. I was honestly looking for a carefree RTS this month and 8-bit Invaders! hit the sweet spot. If you don’t mind the deliberate 8-bit retro aesthetics, you’ll find this simple formula quite adorable. 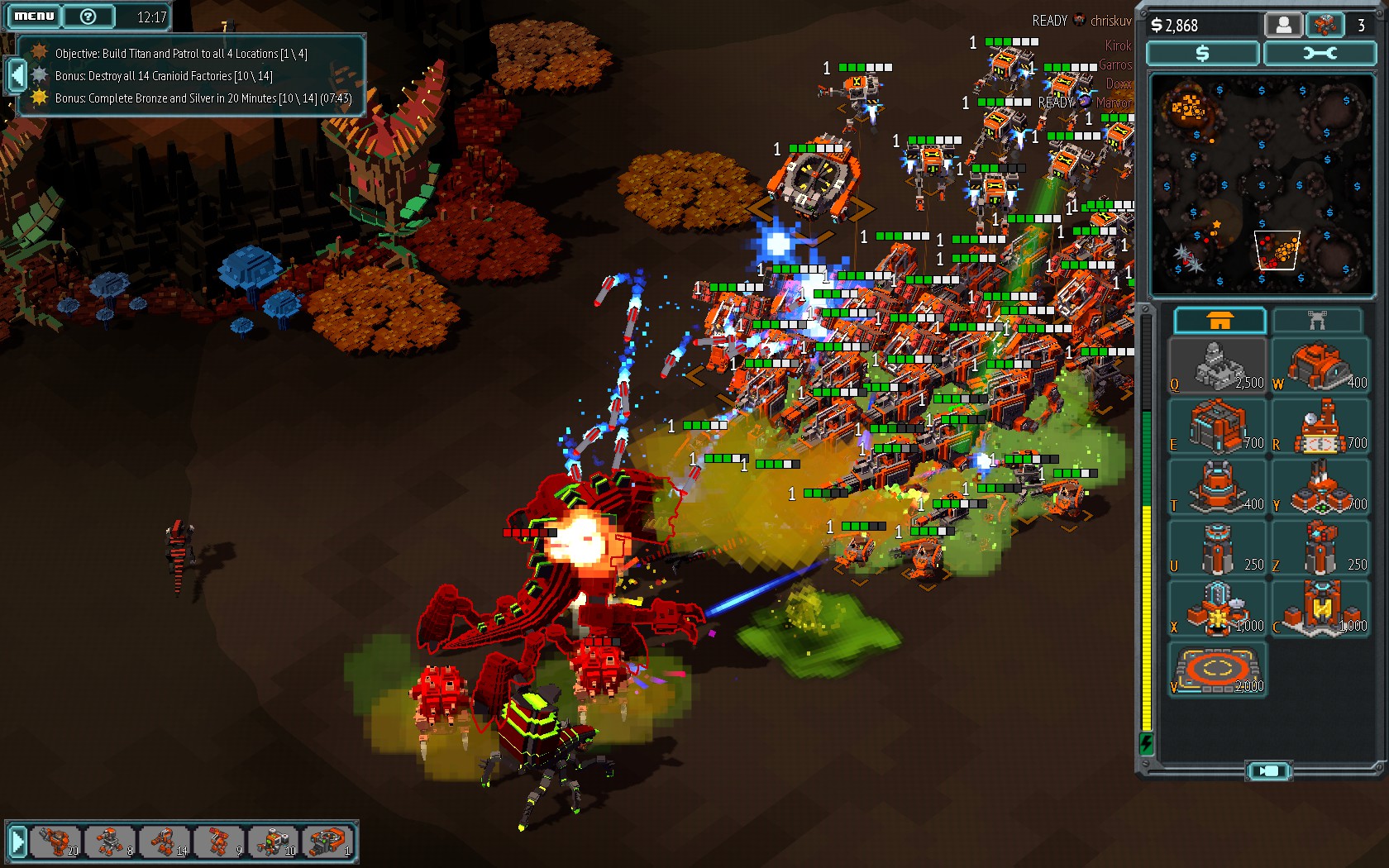 The two new factions mean two new separate campaign modes, but that’s not all. The new Multiverse mode is extremely fun, as you seek to slowly conquer a giant world map, there are skirmishes and co-op campaign modes and you can also use the factions of the previous 8-bit titles if you own them. Most importantly, multiplayer matches are based on your individual experience and gametime: you are not obliged to grind points and progression to unlock multiplayer upgrades separately. 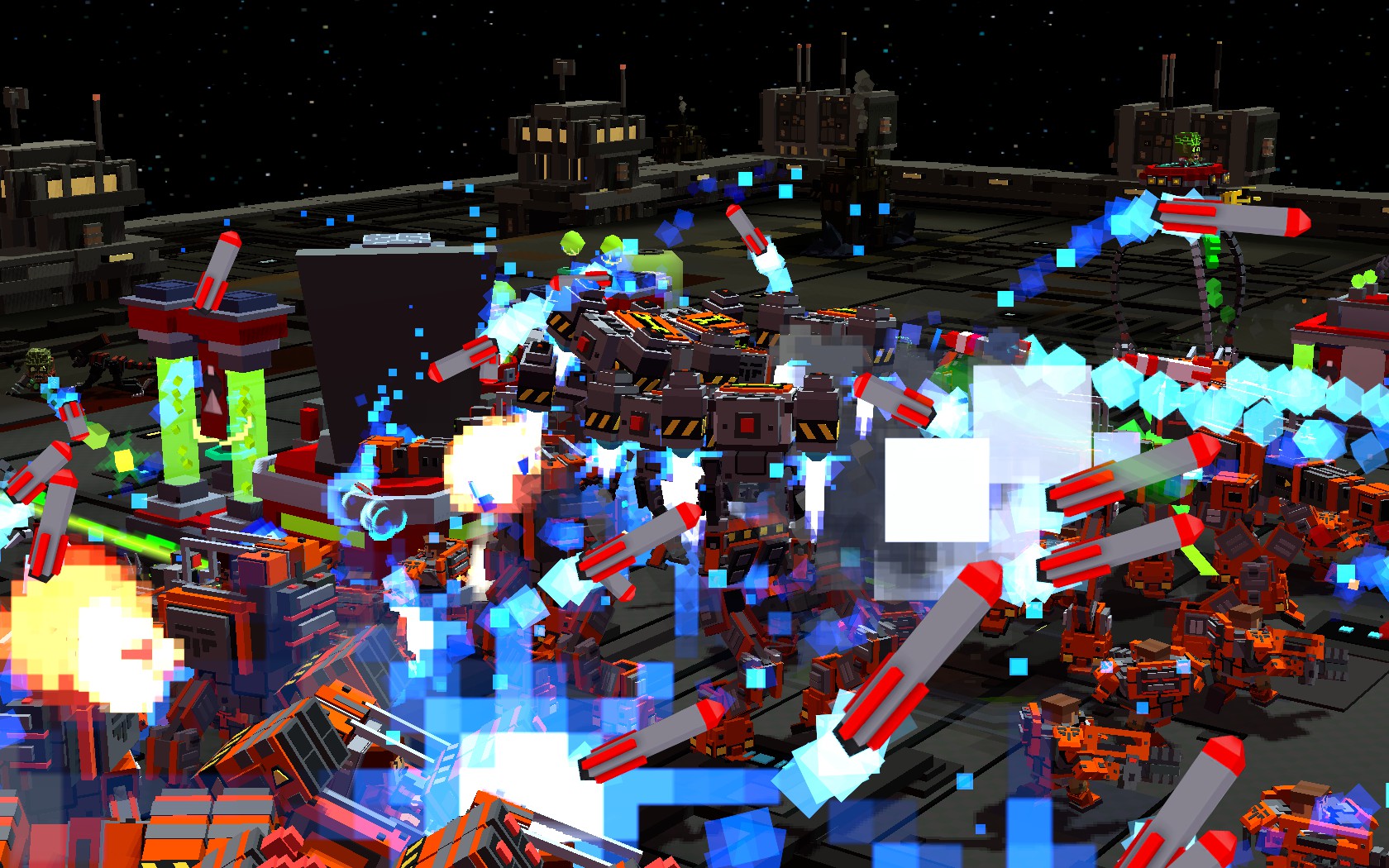 8-bit Invaders! will cost you 15 EUR and if you want a break from that other serious, complicated, multilayered and slow-paced grand strategy you are playing, you just can’t go wrong.