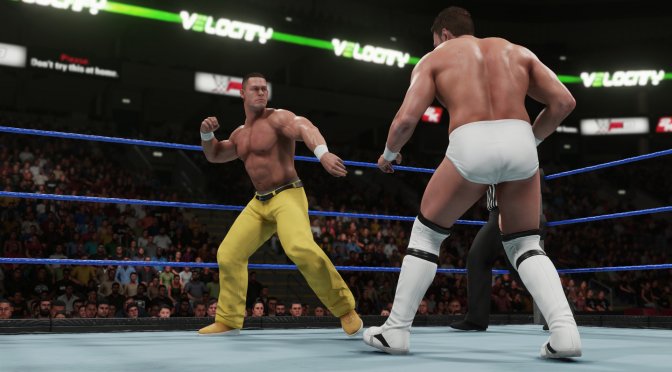 WWE 2K19 has just been released on the PC and below you can find some 4K screenshots from it. In order to capture these 4K screenshots, we used an NVIDIA GeForce GTX980Ti and kept MSI Afterburner enabled in order to give you an idea of how the game runs on that particular graphics card.

WWE 2K19 features some of the best character models we’ve ever seen in a video-game. Almost all of the in-game models look identical to the real life wrestlers, featuring even the slightest details. 2K Games has also used high-resolution textures and the entire presentation in incredible. Visual-wise, WWE 2K19 is easily the best wrestling game and will undoubtedly please each and every die-hard wrestling fan.

Our PC Performance Analysis will go live later this week, so stay tuned for more. Until then, enjoy the following screenshots!