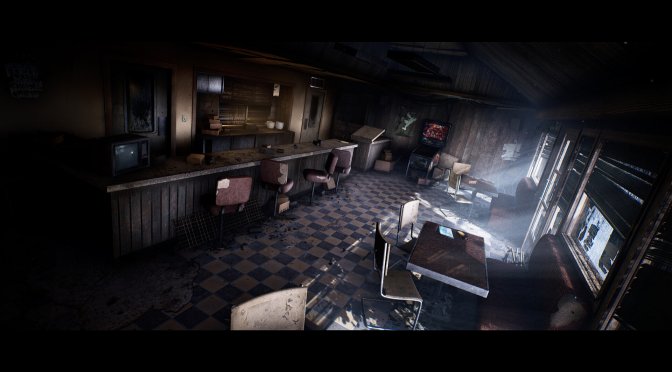 Mica Olsson, 3D Artist at Goodbye Kansas Studio, has shared some incredible screenshots from his Silent Hill Remake in Unreal Engine 4. Mica has recreated the cafe environment of the game by using Megascans, and the end result is stunning.

This is undoubtedly one of the best fan remake projects we’ve ever seen. This Silent Hill Remake looks gorgeous and it perfectly showcases why we need an official remake of that game. Keep also in mind that this is made by a single person.

Unfortunately, and similarly to all the Unreal Engine 4 remakes, this project is not available to the public. Still, the artist has shared some screenshots, as well as a flythrough video.

Konami has not announced anything about a possible Silent Hill Remake. Moreover, there are no plans to turn this project into a full fledged video-game. Still, it looks really cool so be sure to at least watch the video.