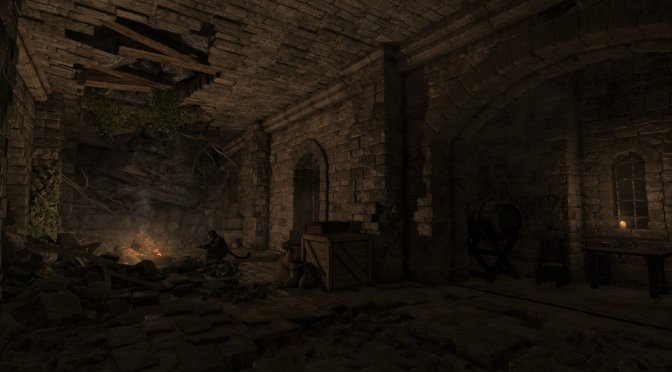 The team behind Skyblivion, a mod that aims to recreate The Elder Scrolls IV: Oblivion in Skyrim, has released a new set of screenshots. These screenshots are from the latest build of this mod, and will give you an idea of its current art style and graphics.

Skyblivion aims to bring The Elder Scrolls IV: Oblivion to a new generation of gamers and re-introduce it to long-time fans of the series. This mod will also support both Skyrim Legacy Edition and Skyrim Special Edition.

Upon release, the mod will be completely modular. As such, players will be able to choose what components they want to install. This includes all enhancements developed by the team such as its Landscaping Overhaul, Interior Overhaul, City Overhaul, Weapon/Armor Overhaul and much more.

Unfortunately, there is still no ETA on when this total conversion will come out. Its team has been working on it for over four years. Thus, let’s hope that we’ll get it before The Elder Scrolls VI comes out.

Enjoy the screenshots and stay tuned!