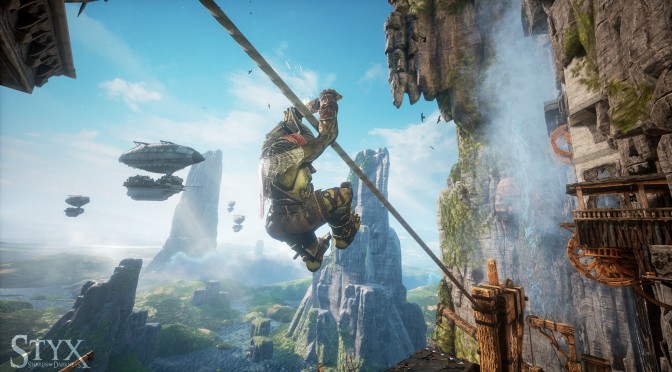 As the press release reads, today’s screenshots show off some of the huge environments of the game.

“From the City of Thieves, built from the wreckages of lost ships, to the great Elven city of Korangar hidden in the mountains, the environments of Styx: Shards of Darkness are enormous and semi-open, with an emphasis on verticality. They allow for a lot of freedom to complete the various missions’ objectives. They are fantastic playgrounds for Styx to test his stealth and assassination skills, and try out his new moves such as rope-swinging and zip-lining!” 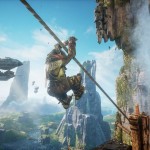 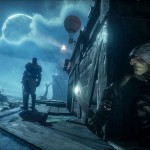 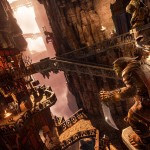