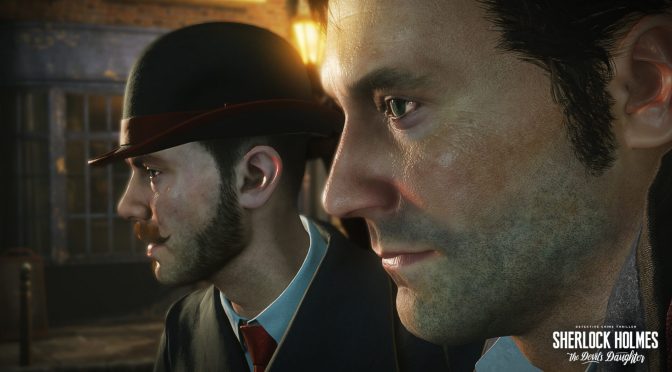 Frogwares released today two new screenshots and a gameplay trailer for Sherlock Holmes: The Devil’s Daughter. Sherlock Holmes: The Devil’s Daughter is powered by Unreal Engine 4 and will feature large areas to explore, will let players freely roam an expansive landscape of playable terrain, and will come with five cases to solve. The game has been slightly delayed and is now scheduled for a June 10th release. Enjoy!