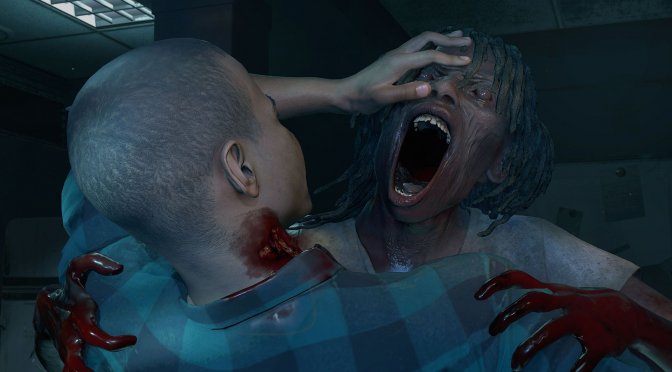 Resident Evil Resistance runs similarly to Resident Evil 3 Remake and uses the RE Engine. Thus, our RTX2080Ti was able to push a smooth gaming experience. For the most part, our framerate averaged between 70-82fps. Still, there were some rare drops to 62fps in 4K/Max Settings. The game also looks similar to Resident Evil 3 Remake, so if you’ve played the demo you already know what to expect visually.

Unfortunately, though, Resident Evil Resistance from other issues. For instance, there was a weird mouse smoothing issue when using cameras. We also noticed major stuttering issues whenever we were exiting an area. Not only that, but the game relies on P2P connections, and it will disconnect you whenever the host quits the game. Add to all of these issues some ridiculously long waiting times until you can find a match, and you got yourself an MP mode that is DOA. At least in its current state.

But anyway, below you can find some 4K PC screenshots from the game’s open beta.