Bloober Team has released a new set of screenshots via the Windows Store page for The Medium. These new screenshots showcase the game’s Unreal Engine-powered graphics, as well as its dual-reality element.

In this game, players will find themselves in the body of Marianne; a medium hounded by visions. Players will be also living and interacting across two worlds: the real, and the spirit world. As a medium with access to both worlds, players will have a wider perspective and can see more clearly that there’s no one simple truth to what others perceive.

Here are some additional details that the game’s Windows Store page revealed.

BECOME A MEDIUM
Wield unique psychic abilities reserved for those with the gift. Travel between the realities or explore them both at the very same time. Use the Out of Body experience to investigate places where your real-world self can’t go. Create energy shields and deliver powerful spirit blasts to survive the spirit world and its otherworldly dangers.

SEE WHAT’S HIDDEN
Delve deep into a mature and morally ambiguous story, where nothing is what it seems and everything has another side. As a medium you see, hear and experience more than others, and with every new perspective you will change your perception on what happened at the Niwa resort.

PLAY IN TWO WORLDS AT THE SAME TIME
Never-seen-before and officially patented gameplay that plays out across two worlds displayed at the same time. Explore the physical world and the spirit world simultaneously, and use the interactions between them to solve dual-reality puzzles, unlock new paths, and awaken memories of past events.

ENTER A DARK REALITY INSPIRED BY BEKSI?SKI
The Medium’s spirit world is a dark mirror reflection of our reality, a grim and unsettling place where our unpunished deeds, evil urges, and vile secrets manifest themselves and can take on a form. This world has been invented and designed under the inspiration of Zdzis?aw Beksi?ski’s paintings, Polish dystopian surrealist internationally recognized for his distinctive and strikingly ominous style.

The Medium will release on the PC in Holiday 2020. 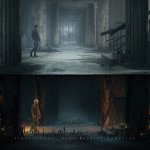 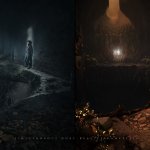 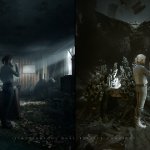