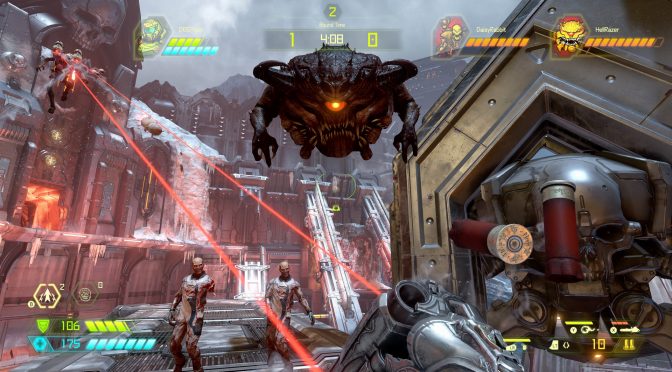 Bethesda has released a new set of screenshots for Doom Eternal, showcasing its brand new multiplayer mode, Battlemode. Battlemode is a brand new 2 versus 1 multiplayer experience built from the ground up at id Software for this new Doom game.

In Battlemode, a fully-armed Doom Slayer faces off against two player-controlled demons, duking it out over three rounds of intense first-person combat.

At launch, Battlemode features 6 unique maps and 5 playable demons: the Revenant, Pain Elemental, Mancubus, Marauder, and Archvile. Additional maps and playable demons will be added after launch, for free.

When playing as the Doom Slayer in Battlemode, you are fully loaded, with all your guns, mods, and equipment – just like in singleplayer. On the other hand, when playing as a demon, you’ll want to work together with your teammate to spawn AI demons and hazards to trap and take down the Doom Slayer.