Microsoft has released a new set of stunning screenshots from the latest alpha build of Microsoft Flight Simulator. These new screenshots showcase some of the game’s planes, environments, cities and beautiful volumetric cloud effects.

These screenshots showcase the visual state of the game’s alpha stage. As such, the final version may look even better than what is showcased below. Kudos to members WhiteLight506, TheFlightSimGuy, Tomlaut1980, Fhcraig, Simtom112 and Wolff123 for capturing them.

It’s also worth noting that Microsoft plans to launch the game’s beta phase in July. Moreover, a new alpha build will come out for all Insiders next week.

There is currently no ETA on when Microsoft Flight Simulator will come out. 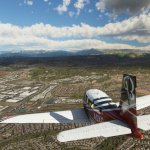 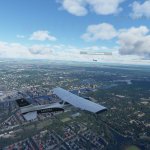