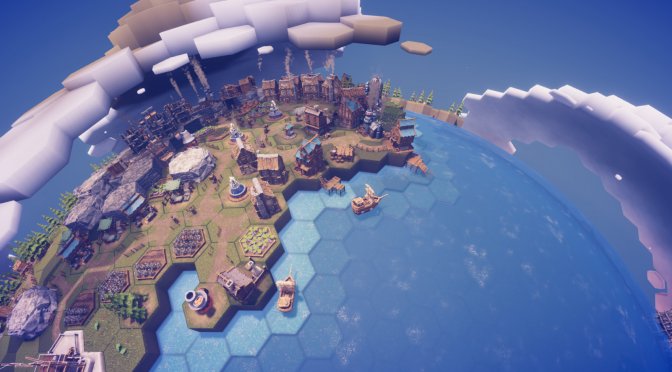 Balancing Monkey Games today launched its civilization-building game Before We Leave on the Epic Games Store. In order to celebrate this announcement, the team has also released the game’s launch trailer that you can find below.

In Before We Leave, players are tasked with leading their group of people who were cave dwellers forced underground because of natural disasters. Generations later they arise and must rebuild civilization and expand society to other continents and eventually other planets.

As the press release reads, one of the game’s core elements is resource management; players must be effective to survive.

“Critical resource management will lead vast space exploration, discovering ancient tech and creating a planetary network of colonies. Throughout the journey, players will face challenges such as ancient world guardians, post-disaster destruction that requires a rebuild from the ground up, and very hungry space whales that threaten civilization. Aside from that, this title brings a non-violent, serene and scenic atmosphere for players to relax.”

Before We Leave Launch Trailer