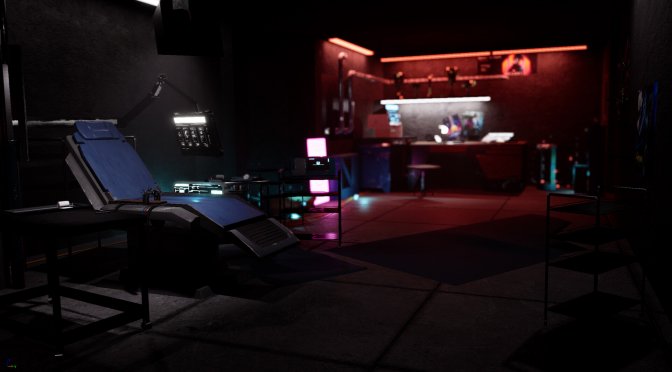 3D environment artist, Srinivas Jalakam, has recreated Dr. Victors Lab from Cyberpunk 2077 in Unreal Engine 4. This fan remake will give you an idea of what CD Projekt RED’s upcoming game could look like in Epic’s engine.

Jalakam did not create this Cyberpunk 2077 fan remake in order to improve the game’s visuals. I mean, the game is not even out yet. Instead, he most likely wanted to provide an alternative look at CDPR’s RPG.

As the artist noted, this entire scene and lighting was created from scratch. So yeah, don’t expect a 1-1 recreation. Still, it’s a cool remake that deserves the spotlight, at least in our opinion.

Also note that this scene was created by a single artist. On the other hand, Cyberpunk 2077 is being created by an entire team. So yeah, it will be really fascinating if this recreation can match the quality of the final game.