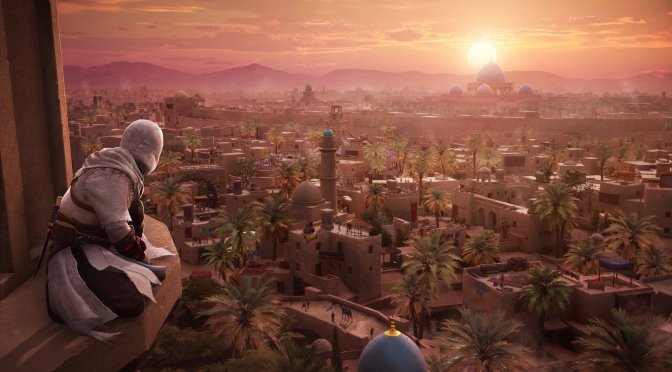 Ubisoft has just released the first official 4K screenshots for its upcoming AC game, Assassin’s Creed Mirage. Like pretty much all previous AC games, Mirage will be using the Ubisoft Anvil Engine, and these screenshots will give you an idea of what you can expect from it.

In Assassin’s Creed Mirage, players will experience the story of Basim, a cunning street thief seeking answers and justice as he navigates the bustling streets of ninth-century Baghdad.

As the official description reads.

“After an act of deadly retribution, Basim flees Baghdad and joins an ancient organization – The Hidden Ones. As he learns their mysterious rituals and powerful tenets, he will hone his unique abilities, discover his true nature, and come to understand a new Creed – one that will change his fate in ways he never could have imagined.”

Assassin’s Creed Mirage will focus on stealth and will have dense environments. Here are the game’s key features.